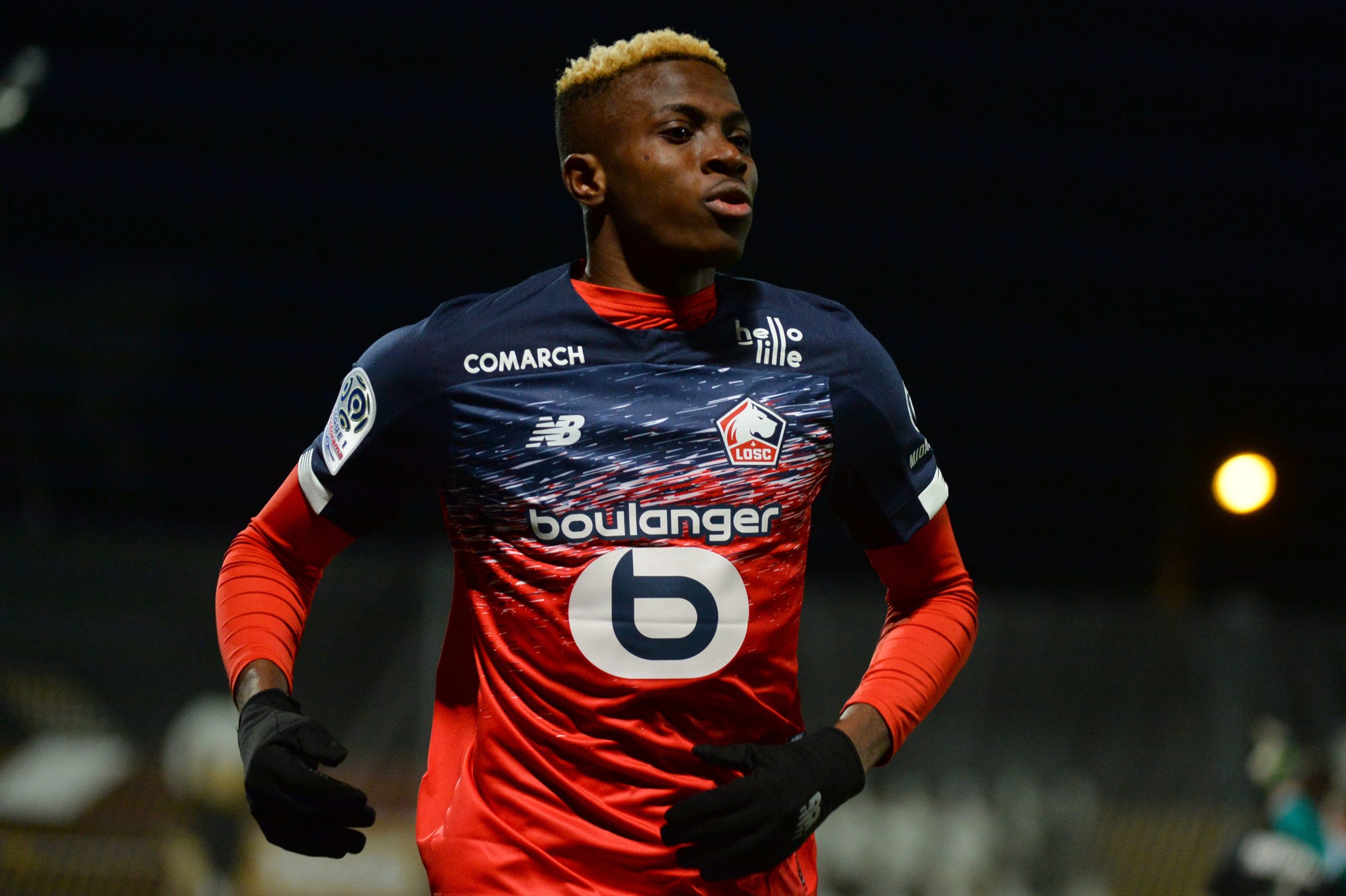 Reputed Italian journalist Fabrizio Romano has confirmed that Victor Osimhen will make the move to Napoli after they reached a transfer agreement with Lille for his services.

The Nigeria international only joined the French outfit from Wolfsburg in August last year, and he managed to register 18 goals and six assists across all competitions before their season was curtailed due to the COVID-19 pandemic.

Since the beginning of the month, there have been constant negotiations between the clubs regarding his transfer and Romano has confirmed that a deal is now in place for the striker to move to Naples.

Gennaro Gattuso’s side have agreed to pay an initial fee of £45.35m for Osimhen’s signature. The former Nigeria Under-17 World Cup winner will put pen-to-paper on a five-year contract upon joining them.

Napoli are likely to part ways with Arkadiusz Milik, whose contract expires in 11 months’ time and Osimhen should act as a direct replacement for the Poland international.

Dries Mertens has been the preferred choice to lead the line despite turning 33 earlier this year, but the Belgian may have a reduced role next season, as Osimhen will have been assured the starting spot.

Napoli won’t finish higher than seventh in the league standings following their 2-0 defeat to Inter in the penultimate game of the season. Still, they are guaranteed their place in the Europa League group stage after winning the Coppa Italia.

Hence, AC Milan, who are currently sixth on the Serie A table, are expected to begin their Europa League campaign from the second qualifying round. All the qualifying rounds including the play-offs will be single-elimination matches due to the delayed start to next season because of the coronavirus pandemic.