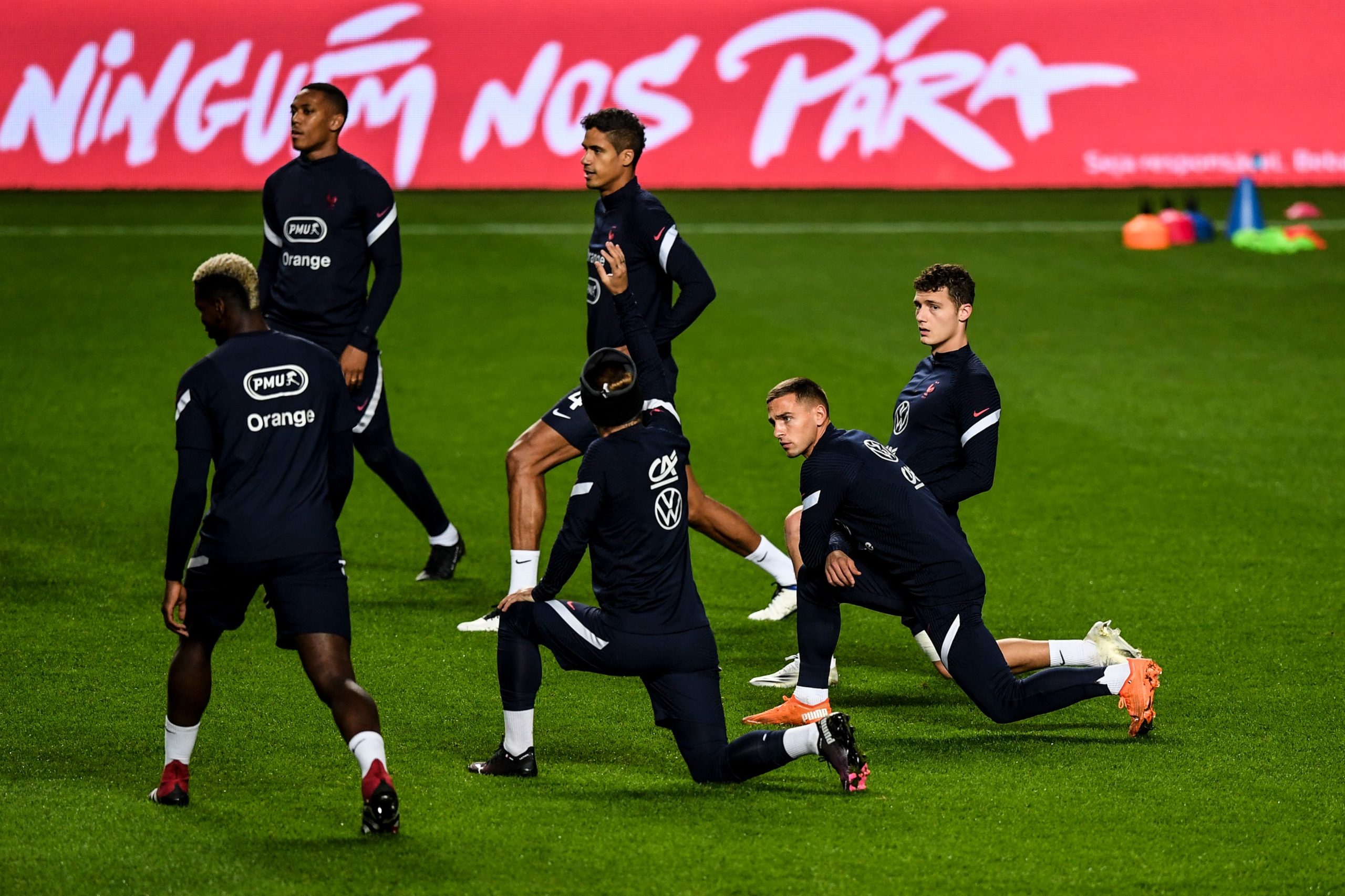 France are scheduled to face Portugal on the road during their penultimate game of the 2020/21 UEFA Nations League group stage campaign.

Both teams have identical records of three wins and one draw from their four group stage matches and they are seven points clear of third-placed Croatia, who will be vying with Sweden to avoid relegation from League A Group 3.

As such, it is quite clear that one of them will finish top of the standings and the winner on Saturday would be guaranteed the spot on the head-to-head record, given their previous meeting ended in a 0-0 draw.

Les Bleus go into the game on the back of a shock 2-0 friendly defeat to Finland at home. In comparison, Portugal will be full of confidence after their comfortable 7-0 triumph over Andorra.

France are currently trailing Portugal for the top spot in League A Group 3 due to an inferior goal difference. The team which finishes first will be assured a place in next year’s Nations League finals.

There have been 26 previous meetings between France and Portugal and the former have had the upper hand with 16 victories to six.

Their previous meeting came during the third Matchday of the Nations League at Stade de France which ended in a goalless stalemate.

Portugal don’t have any fresh injury concerns to deal with. A number of players, who started against Andorra are expected to drop to the bench. The likes of Cristiano Ronaldo, Bruno Fernandes, Bernardo Silva, Joao Felix among others should return to the starting XI.

France saw Kingsley Coman pick up an ankle problem during training, but that should not hamper his involvement. There are, however, doubts over the fitness of Kylian Mbappe and Benjamin Pavard, who are struggling with hamstring and thigh injuries respectively.

France desperately need the victory on Saturday, given a stalemate would enhance Portugal’s chances of progressing to the next round, should they beat Croatia on the road next week.

Still, we are not fancying them to come up with the three points, given the hosts possess one of the competition’s best defensive records with just one goal conceded and will make things tough for them.

They are also a quality side on the counter-attack with the presence of Ronaldo and a share of the spoils could be the likely outcome at the Estadio da Luz.

Stats from Transfermarkt.com and 11v11.com