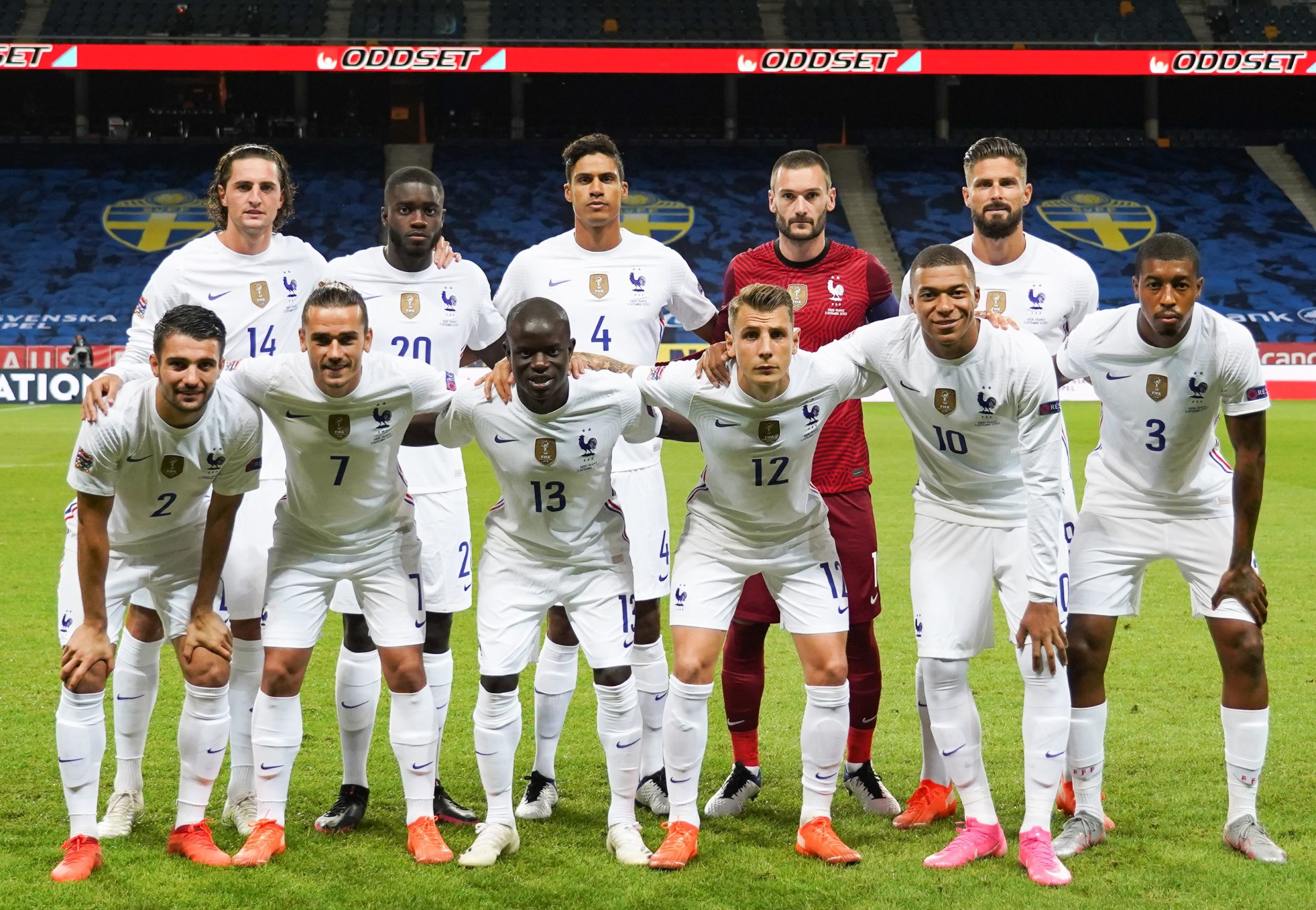 France will take on Portugal in a much-awaited fixture at the Stade de France on Sunday. The 2018 World Cup champions have started their 2020/21 UEFA Nations League campaign with back-to-back wins and they are only behind leaders Portugal in Group 3 of League A on goal difference.

Les Bleus recently registered a stunning 7-1 friendly triumph over Ukraine on their home patch and they should be brimming with confidence ahead of their contest against Portugal. The Euro 2016 holders played out a goalless friendly draw against Spain in Lisbon earlier this week.

Les Bleus have dominated the fixture over the years and they have won 18 of the 25 previous meetings. In comparison, Portugal have picked up only six victories. However, the recent encounter was a painful one for the hosts as they suffered a 1-0 defeat to Portugal in the Euro 2016 final when many expected them to win the title on home soil.

Olivier Giroud – France: The striker recently bagged a brace against Ukraine in his 100th cap for Les Bleus and he has now become their second highest scorer with 42 goals, just eight behind record holder Thierry Henry. Giroud does not have the pace to trouble opposition defences, but he has a strong aerial and physical presence in the box and is a quality finisher. Elsewhere, he is one of the best players when it comes to holding up play and has provided key passes for the likes of Antoine Griezmann and Kylian Mbappe on the counter-attack in recent times.

Cristiano Ronaldo – Portugal: Ronaldo has been the undisputed star for Portugal over the past 15 years and he has amassed 101 goals from 166 caps. Only former Iranian striker Ali Daei has managed more international goals than him (109) in history and Ronaldo can be fancied to break the feat by next year with the consistency he has been showing. The 35-year-old often excels on the big stage and he will definitely provide a goal threat with creative players such as Bruno Fernandes and Bernardo Silva playing behind him.

Portugal have made good progress over the past few years and they are now a more competent side than in the Euro 2016 final where their victory was considered a shock after Ronaldo went out injured midway through the first half. Both teams have solid defences, but there will be goals with some world-class attackers on display. We are anticipating a high-scoring thriller.

Stats from Transfermarkt.com and 11vs11.com