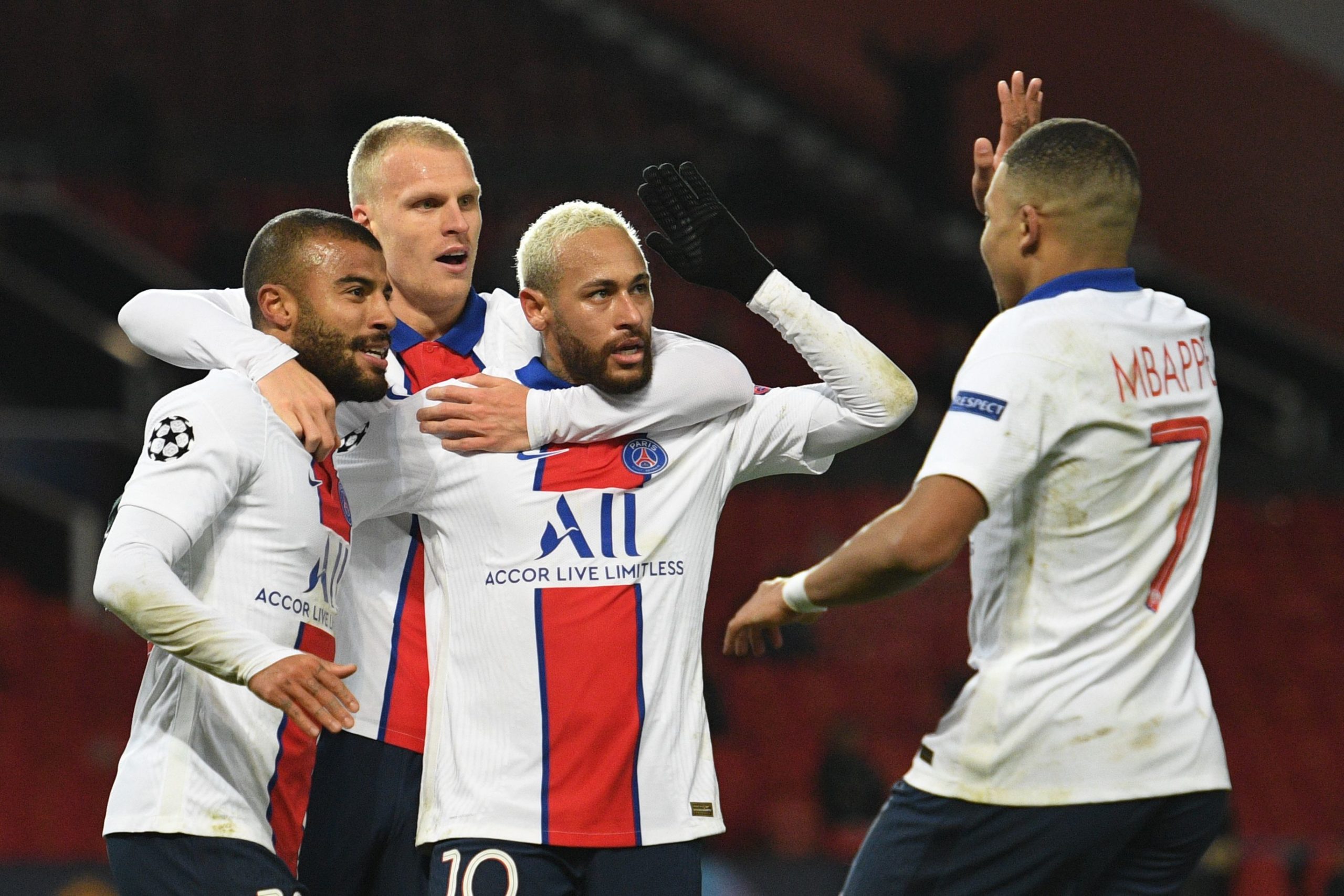 Paris Saint-Germain put themselves in a good position to qualify for the Champions League round of 16 after their 3-1 win over Manchester United on the road on Wednesday.

Les Parisiens needed to better the Red Devils’ 2-1 win at Parc des Princes to clinch the top position on the head-to-head record and they managed to exactly do so with a 3-1 triumph over the hosts, who played the final 20 minutes with ten men.

Neymar was the standout player on the night with a goal in either half for Les Parisiens. The French champions need just one point from the final matchday against Istanbul Basaksehir to reach the last 16 of the competition.

Neymar finally steps up: The Brazil international had not scored a goal from open play in six European matches, but he made an immediate impact against the Red Devils with a sixth-minute goal. The Brazil took advantage of the loose ball from Kylian Mbappe’s shot and beat David de Gea from a tight angle. Neymar had to wait until injury time to score his second goal with a simple tap-in, but should have had a hat-trick. Prior to stoppage time, Mbappe unleashed a shot on goal when he could have put the ball on the plate for Neymar, who was unguarded. Neymar produced one of his best European performances in a long while. He was quite effective with an 88 percent passing success rate. The 28-year-old managed more take-ons (5) than any other player as well as shots on target (3)

Paris Saint-Germain handed head-to-head boost: Earlier this month, Les Parisiens’ 1-0 win at home to RB Leipzig saw them leapfrog the German outfit on the table on the head-to-head away goals as they scored in the 2-1 defeat at the Red Bull Arena. At Old Trafford, Les Parisiens matched United’s result from the reverse fixture (2-1 win) in the 69th minute, but they were still second owing to the Red Devils’ superior goal difference. They need a third away goal to put themselves ahead on the head-to-head and were helped by the fact that the hosts went down to 10 men. Mbappe squandered a golden chance to score in the 89th minute, but the visitors eventually made it 3-1 on the night after an easy tap-in for Neymar. Les Parisiens may not even a point on the last matchday to qualify, should one of Leipzig or United lose. However, Tuchel will want the victory to ensure the club finish top of Group H.

Kylian Mbappe’s European goal drought: They were plenty of positives from Les Parisiens’ display at Old Trafford, but it was another frustrating night on the personal level for Mbappe. The 2018 World Cup winner had gone eight successive European games without finding the back of the net and his goal drought continued against the Red Devils. The Frenchman was lively with his quick movement from the right wing and indirectly contributed to the opening goal for Neymar as his attempted shot deflected into the Brazilian’s path. He had the opportunity to break his goalless run right before stoppage time, but drove his effort just wide of the far post of De Gea’s goal. As a result, Mbappe went a third-straight game against United without a shot on target. He has now failed to score in a European competition since December 11 last year.