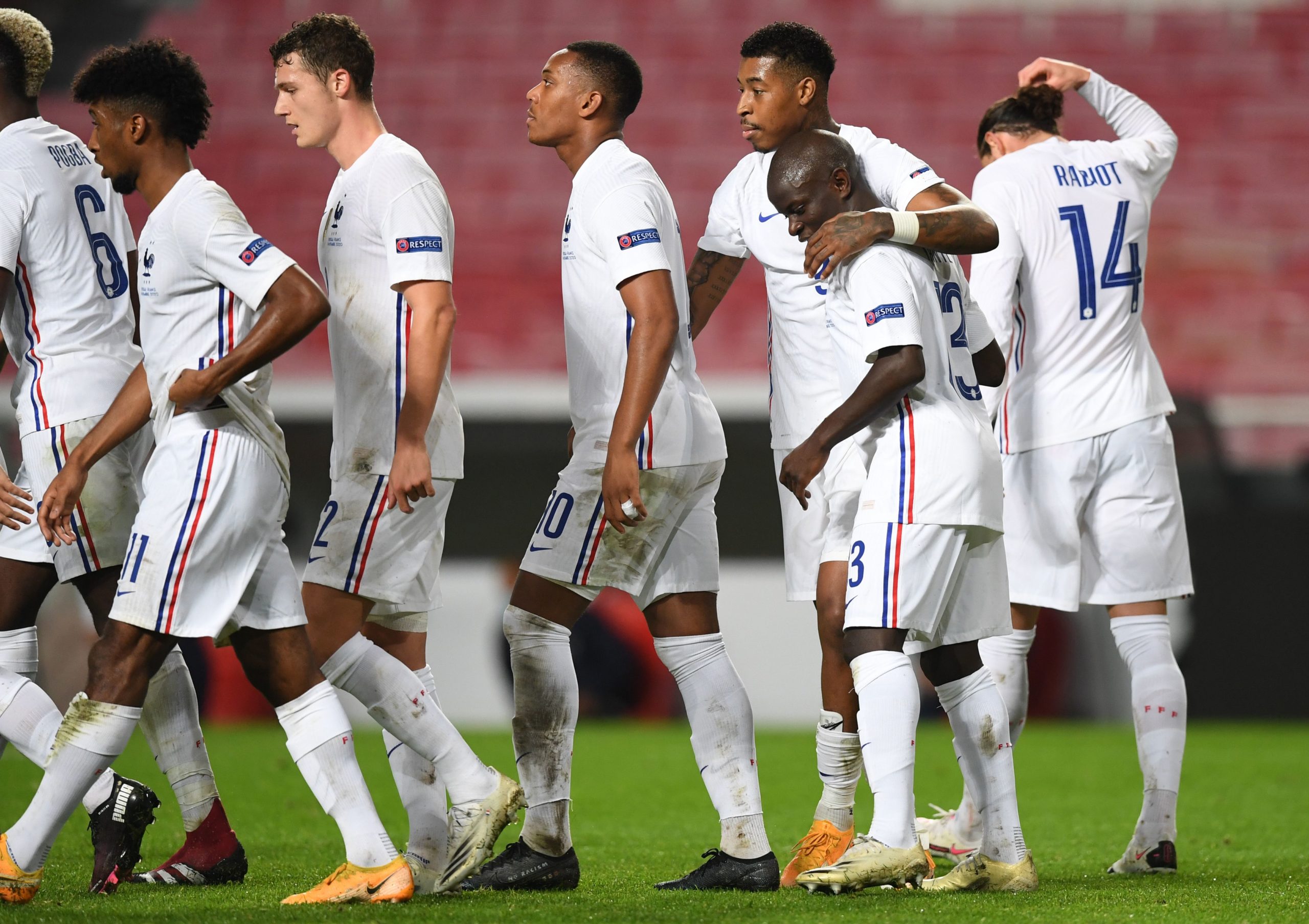 France secured their berth in the 2020/21 UEFA Nations League finals after their 1-0 triumph over Portugal on Saturday evening.

Both teams were on 10 points in League A Group 3 after four games and the winner at the Estadio da Luz was assured the top spot on the head-to-head record, given their previous encounter ended in a 0-0 draw.

Les Bleus needed the victory the most as they were behind the hosts on goal difference and they managed to achieve the victory after the solitary goal from N’Golo Kante in the 53rd minute.

Adrien Rabiot’s low shot was spilled by goalkeeper Rui Patricio and that fell into the path of N’Golo Kante, who tapped home from point-blank range. It was his first goal since 2016.

Anthony Martial’s dismal display: Martial was picked to start upfront alongside Kingsley Coman with Kylian Mbappe missing with a hamstring problem. However, he had a game to forget as he squandered three golden chances during the opening half including one where he hit the cross bar from just four yards out. With Mbappe’s injury and Olivier Giroud’s recent decline, Martial had the perfect opportunity to prove himself, but he could not take the chance. It won’t come as a surprise, if he is dropped to the bench for the next encounter with Giroud retaining his starting spot.

N’Golo Kante stands out: Kante had a difficult 2019/2020 campaign where he was hampered by multiple muscular problems, but he has remained unscathed this time around. Kante has been a key figure in Chelsea’s setup at the club level and he has continued to excel for the national setup. Kante produced a top display from the holding midfield role with five tackles and four interceptions which was more than any other France player. He also won 100 percent of his aerial duels and made all the way to the box to tap home the crucial winner for Les Bleus.

France’s defensive spine: Les Bleus have gone through a minor transition since the previous World Cup, but manager Didier Deschamps has relied on the same combination of players from the World Cup-winning squad when fit. Hugo Lloris is still the captain and goalkeeper of the team and he came up with a superb stop to deny Joao Moutinho. Elsewhere, Benjamin Pavard, Raphael Varane, Presnel Kimpembe and Lucas Hernandez all did their respective roles effectively. Kimpembe, who was mostly a substitute in Russia, has become the perfect centre-back partner for Varane. He made a terrific headed clearance when Cristiano Ronaldo looked on course to score a certain goal.

Stats from Transfermarkt.com and Squawka.com