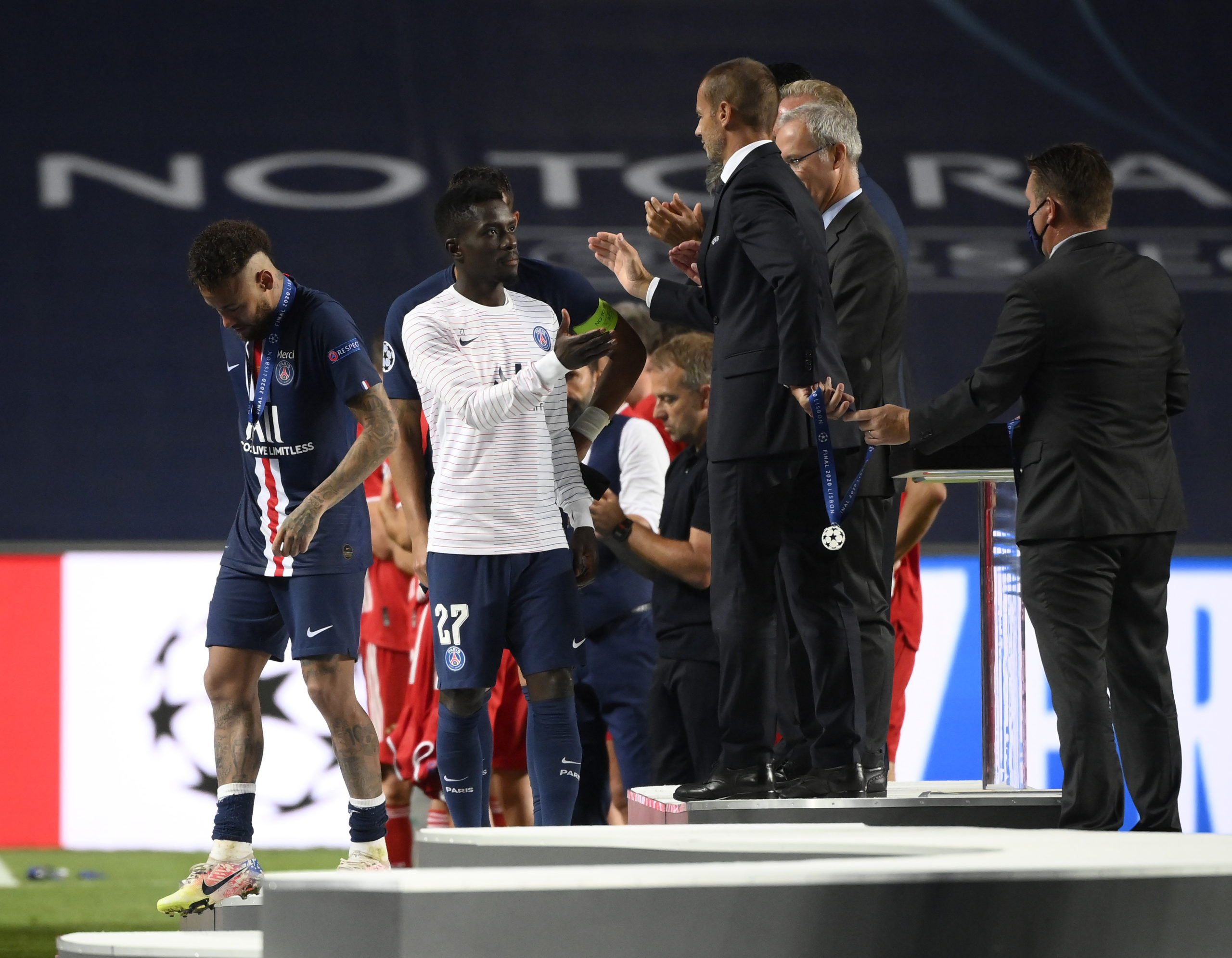 Paris Saint-Germain failed to win their maiden Champions League crown as they suffered a 1-0 defeat to Bayern Munich in the final at the Estadio da Luz.

Les Parisiens had gone into Sunday’s game as the slight underdogs and they were impressive in the opening half where Neymar got the best scoring opportunity.

The Brazilian was put through on goal by Kylian Mbappe, but he could not find the back of the net after a wonderful double save from Bayern goalkeeper Manuel Neuer.

Neuer initially denied Neymar with a splendid block with his left boot. Neymar managed to grab possession of the loose ball by the byline, but the German was on guard to block his intended pass for Mbappe.

In the second half, Bayern were certainly the dominant team and they managed to take the lead through former Les Parisiens graduate Kingsley Coman, who scored with a header in the 59th minute.

Barring the one attempt from Marquinhos, Les Parisiens failed to test Neuer during the backend of the game and that ensured that Bayern ran out victors and won their sixth Champions League title.

Neymar and Mbappe fail to deliver: Neymar and Mbappe were pursued by Les Parisiens three years ago with the view of winning the Champions League. However, the duo were disappointing in the final as they failed to make the most of their scoring opportunities. Neymar was unable to get the better of Neuer in the first half while Mbappe squandered a clear-cut scoring chance, five minutes from time. The duo had the platform to deliver on the big stage, but unfortunately, failed to turn up with their A-game on the night.

Thomas Tuchel’s decision-making: Tuchel came up with a few strange decisions on the night and one of them was the substitution of Ander Herrera for Julian Draxler. The Spaniard was obviously Les Parisiens’ best performer on the night with a 96 percent pass success rate, but he was still replaced with Draxler. The decision meant that Les Parisiens lost their discipline in the midfield as they were opened up. Meanwhile, the choice to leave Mauro Icardi on the bench was another surprise. Eric Maxim Choupo-Moting was preferred ahead of the Argentine, but he lacked the cutting edge with his finishing.

The future of Tuchel at PSG: Les Parisiens managed to reach the final of the elite competition for the first time in their history, but they produced a disappointing performance as they failed to score in Europe for the first time since 2016. Tuchel has certainly surpassed the likes of Unai Emery and Laurent Blanc, who could not take Les Parisiens beyond the quarter-final stage, but the question remains whether the hierarchy will continue with the German at the helm after the final loss. Massimiliano Allegri was linked with the job earlier this summer and the speculation has already started.