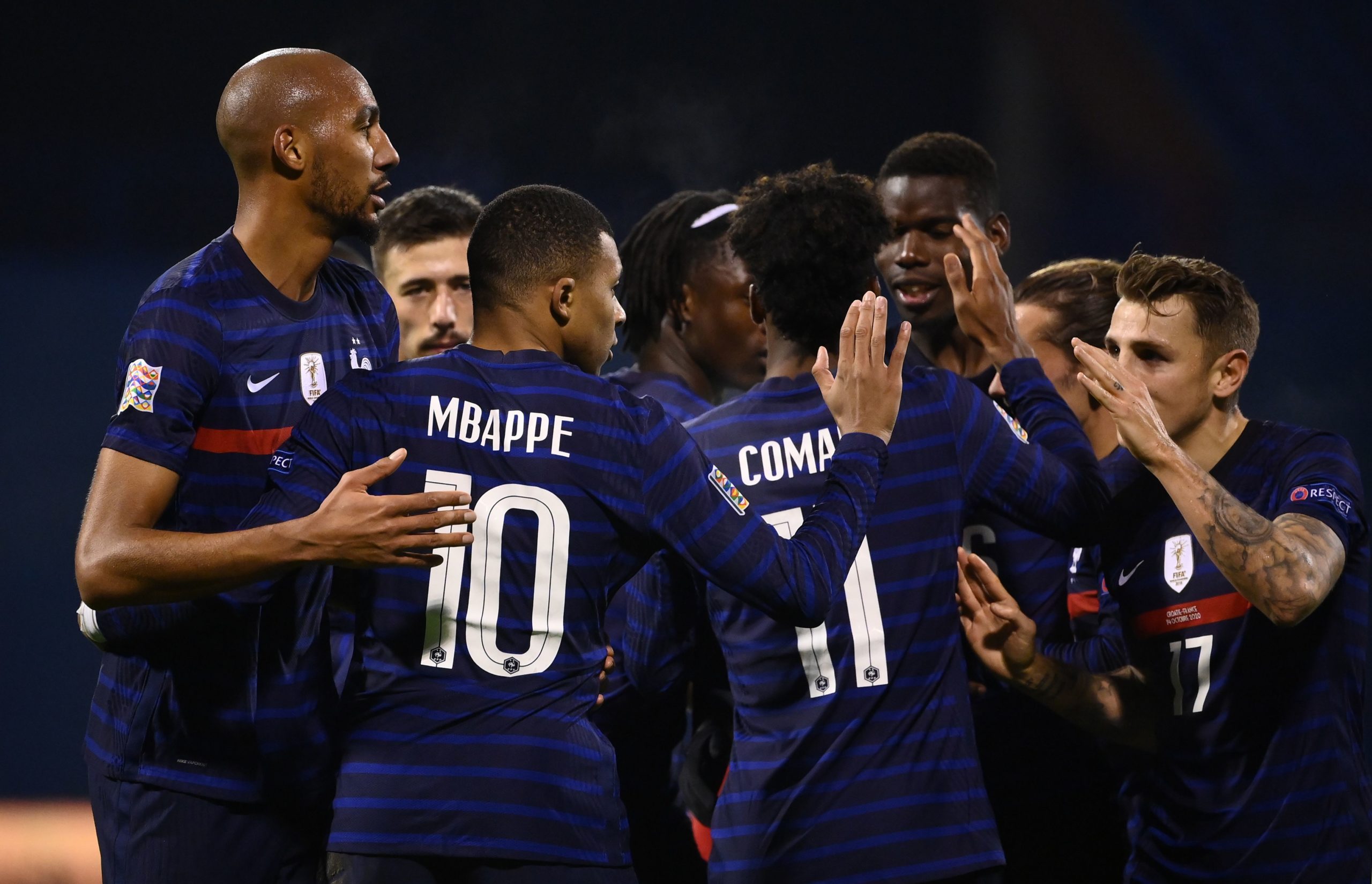 France returned to winning ways in the UEFA Nations League as they secured a 2-1 triumph over Croatia in Zagreb on Wednesday night.

Antoine Griezmann opened the scoring after just eight minutes into the game, but Nikola Vlasic levelled it up for the hosts before the hour mark.

Eventually, Kylian Mbappe made the difference between the sides as he bagged the winning strike for Les Bleus 11 minutes from time.

Despite the victory, the 2018 World Cup holders trail Portugal in Group 3 of League A with an inferior goal difference of four.

Fernando Santos’ side sealed a comfortable 3-0 win over Sweden at home. Diogo Jota starred for them with a goal in either half.

Three observations from the game:

Griezmann excels in the attacking midfield role: The 29-year-old has experienced a difficult time at Barcelona this term where he has struggled to create a chance or shot on target in his three appearances on the right wing. He has, however, fared much better under Didier Deschamps where he has played in a central attacking position of late. The Frenchman had a disappointing outing against Portugal last week, but he made amends with the opening strike against Croatia. He also impressed in the defensive front with four tackles and one interception. Griezmann has now bagged three goals and one assist from his last four international outings.

Paul Pogba produces match-defining moment: Pogba came off the bench and produced a match-defining performance. The midfielder tested the goalkeeper with a shot within a couple of minutes on the field. Moments later, he delivered a stunning cross-field ball from the centre of the park which was perfectly met by Lucas Digne in the box. The left-back centered the ball for Mbappe, who tapped home the winner. Pogba has struggled for form over the past year where he has struggled with injury concerns, but he appears to be getting back to his best. It remains to be seen whether he can produce similar displays for Manchester United, with whom he has been inconsistent.

Croatia produce credible performance: Croatia were completely outclassed by Les Bleus in the previous two meetings. They were beaten 4-2 in the 2018 World Cup final and lost by the same scoreline on Match Day 2 of the Nations League campaign. However, they came up with a much resolute defensive performance this time around and made the World Cup holders work hard for the victory. Zlatko Dalic’s side looked comfortable handling the threat from the visitors and could have shared the spoils, if it was not for the moment of brilliance from Pogba which caught the backline completely off-guard.