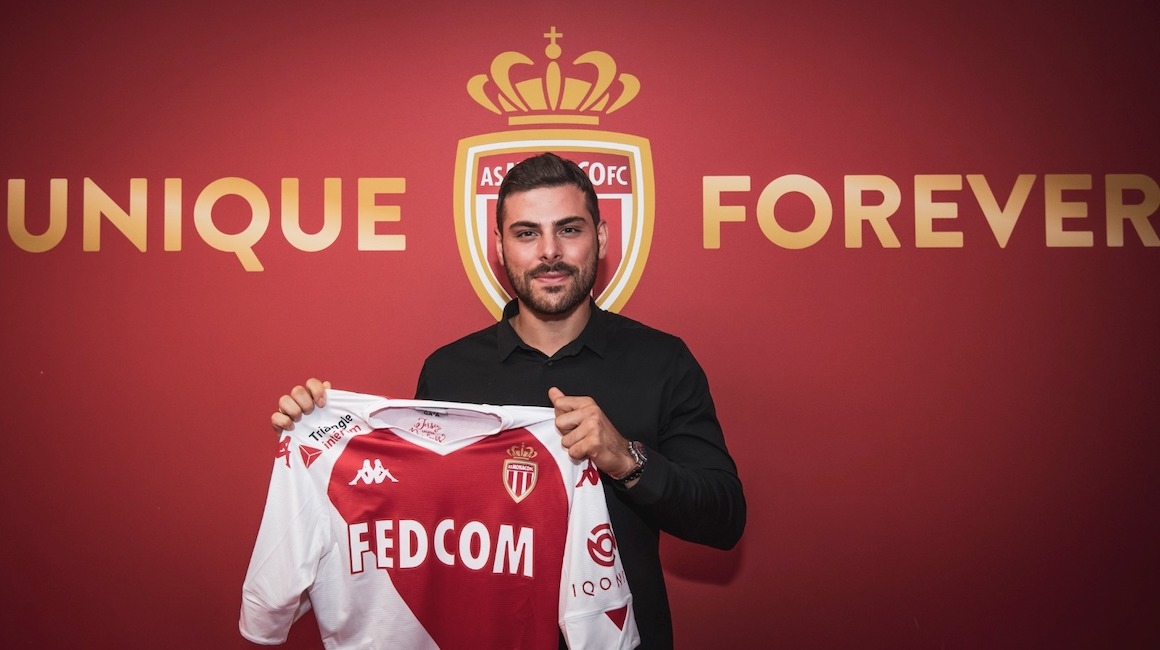 AS Monaco have announced the signing of Bayer Leverkusen’s Kevin Volland for a reported €11 million excluding €4 million in bonuses. The German striker has signed a four-year contract.

The 28 year-old began playing football at the age of 3 with German club FC Thalhofen. After spells at the youth academies of FC Memmingen and TSG Thannhause, he settled at 1860 Munich, who also handed him a senior debut in 2010. Within two years, he was travelling again – this time to Hoffenheim, with whom he spent another four years. Finally, he ended up at Leverkusen in 2016, and has been plying his trade for them since.

His next stop is his first one out of German borders – the Principality of Monaco. So, let’a take a look at his profile and whether he can adapt to the French top-flight…

Volland is a left-footed striker, but he can also play as a left winger or on the left of midfield. Up front, he can operate as his side’s only striker or as a part of a duo. The former is his favoured role, however, particularly in a 4-2-3-1 formation. He is a very hard-working player, who puts in a lot of unnoticed-yet-crucial effort to benefit his side’s attacks.

Volland is a very clinical striker, and his finishing is proof of that. He scored 12 goals from 40 appearances in all competitions last season, averaging 2.6 shots per game. The German is also very composed in one-on-one situations, and generally gets the better of the keeper.

Goal-scoring is not the only facet of his game, however; he also works hard to set up his teammates. He returned with eight assists last season, completing 1.2 key passes per match on average along with 0.2 through balls – joint second-highest in the Bundesliga.

Adding to this is his defensive work-rate and ability to lead his side’s press. Last season, he covered 9.4 kilometres per match on average in the German top-flight. Even when his side do have the ball, his movements off it are vital in creating spaces for his fellow attacking players.

Volland is also very good at identifying and moving into pockets of space, as well as being smart and making quick decisions when on the ball. He displayed those skills when he scored against Mainz to give his side a 1-0 advantage.

As soon as his side win the ball back, Volland prepares to make a run to the edge of the box.

His teammate finds him with a pass, and he is now in a pocket of space between four defenders. He quickly realises that he would be tackles if he tried to take on a shot here, so he tries to break a defensive line by dribbling through it.

With a clever flick, he eases past the opposition, and now is in a shooting position. He unleashes a powerful half-volley to beat the keeper and give his side the lead.

Smart decision-making in tight areas is one of many assets in Volland’s game.

While the mental aspects of Volland’s game are quite strong, physically, he has somethings to work on.

Firstly, he isn’t the tallest of men at 5′ 10″, and neither is he the strongest. That explains why he was dispossessed 1.5 per average last season, and also why he lost nearly 60% of the aerial duels he contested. His injury history doesn’t help either – he has been sidelined at least once in all but one season since 2013.

The next issue is his pace, or rather lack of it. A top speed of 30 km/h isn’t ideal, and that’s also probably why he was second in the Bundesliga’s offsides chart.

Apart from that, though, he is a very good striker who is clinical in most aspects of the game.

Volland’s main job at Monaco is still slightly up in the air. Since he can play as a striker and winger, it remains to be seen where Niko Kovač prefers to deploy him.

Out on the left wing, Kovač’s options include Keita Baldé Diao, Nacer Chadli, Henry Onyekuru and Willem Geubbels. If Volland is deployed here, you can expect to see him drift inside quite often.

Either way, Volland should undoubtedly get a healthy amount of game time for the Principality outfit.

Leverkusen won’t be too glad about losing their main striker, but Monaco will certainly be happy. They will get a top-quality alternative to Wissam Ben Yedder and an option on the left wing, while Volland gets to experience football outside of Germany and perhaps earn some well-deserved credit.

Whether Volland will be Monaco’s main man in attack remains to be seen, but he will certainly play a crucial part in the team’s attack.

AS Monaco appoint Niko Kovac as their new head coach
Player Analysis: Is Alessandro Florenzi the Full-Back that PSG Need?