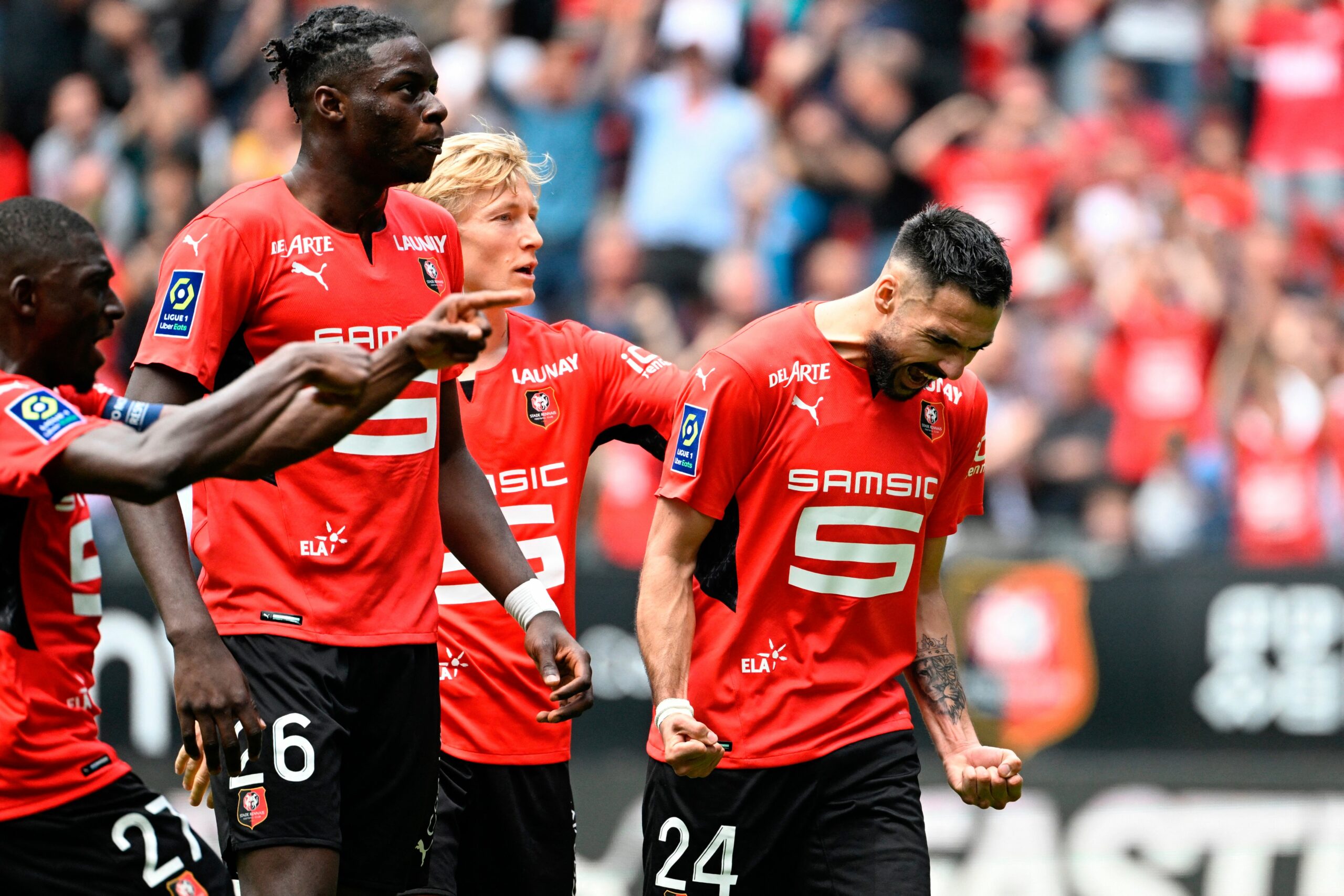 Roazhon Park is the venue as Rennes and Marseille go head-to-head in a top-five Ligue 1 six-pointer.

After suffering an underwhelming 2-1 defeat to Nantes last time out, Rennes know they need nothing short of perfection on the final two weekends to bridge a three-point gap on third-placed Monaco.

Despite enjoying a sensational domestic campaign, Rennes’ tremendous efforts to qualify for next season’s Champions League could end up being in vain unless they overcome Marseille here.

Jorge Sampaoli’s men are on the cusp of claiming a runner-up finish for the second time in three seasons, and staying unbeaten at Roazhon Park will seal the deal for the high-flying visitors.

Even though they unexpectedly bowed out of their Europa Conference League semi-final tie against Dutch powerhouse Feyenoord, Marseille will enter this round in high spirits.

Except for a horrendous 3-0 home defeat to Lyon, Les Olympiens have won three of their last four Ligue 1 fixtures, netting precisely three goals in two of them.

Rennes vs Marseille, alongside other penultimate Ligue 1 matches, are available to watch live online via soccer streaming sites.

Rennes have lost back-to-back Ligue1 meetings with Marseille, including a 2-0 defeat in the reverse fixture, and could make it three H2H losses in a row for the first time since 2007.

However, Les Rennais have been far more comfortable on home turf this season, clocking up a clear majority (65%) of their total Ligue 1 points at Roazhon Park thus far (40/62).

If Bruno Genesio’s men are to maintain their imperious home league record, they would be well advised to start strongly after losing all three home Ligue 1 fixtures in which they conceded first this term.

Barring a somewhat expected 2-1 defeat at newly-crowned champions Paris Saint-Germain, Marseille have won four of their last five away league matches, netting 3+ goals in three of them.

Another high-scoring contest remains well on the cards, as Les Olympiens have played 14 consecutive scoring Ligue 1 games on the road spanning back to the end of October’s international break.

A potential triumph here would see Marseille equal the club’s highest-ever away points tally in a single Ligue 1 season, meaning Sampaoli’s side will be out to make history.

Loic Bade, Kamal-Deen Sulemana and Jeremy Gelin continue their lengthy spells on the sidelines, but Rennes should welcome Nayef Aguerd back from suspension for this fixture.

Despite collapsing in midweek, Rennes have the necessary firepower to pick themselves up and keep their Champions League dreams alive.

We back the home side to bounce back from a Nantes defeat and put Marseille to the sword.