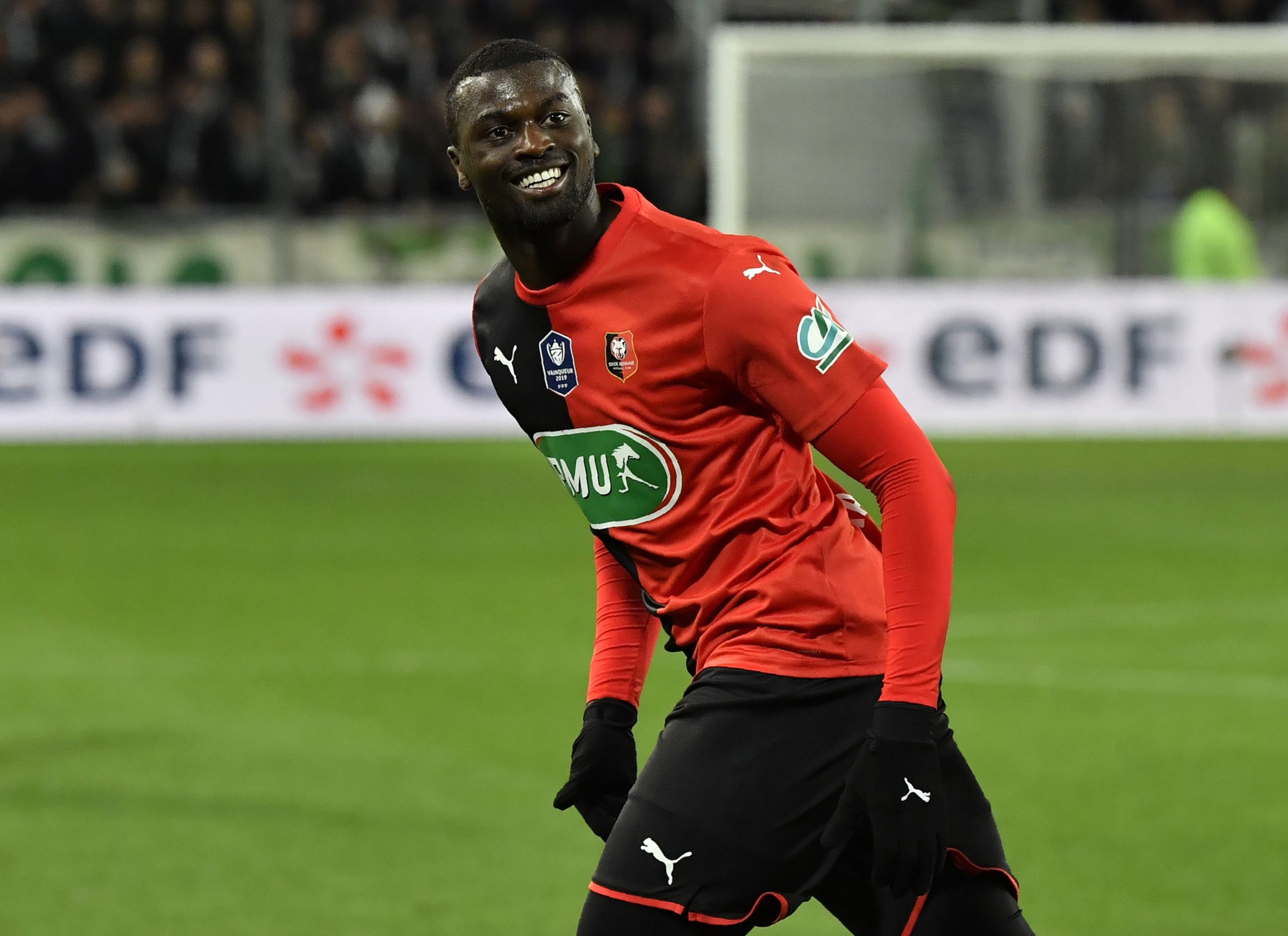 Speaking to Canal +, Rennes striker M’Baye Niang has said that he would welcome the prospect of joining Marseille during this summer’s transfer window.

The Senegal international recently completed his second season with Rennes, where he scored 15 goals from 36 appearances across all competitions, with 10 of those coming in the top-flight.

His performances helped Rennes secure Champions League football for the first time in their history, but he still appears keen on making the switch to Marseille with his family based in the city.

“It’s flattering [the rumours around Marseille]. There is no smoke without fire. There have been discussions, but today there is nothing concrete,” Niang told Canal+ as relayed by FootMercato.

“Marseille also has problems to resolve. Yes, it is a club that interests me, it is a club that has a good history, they also have warm supporters, as I like. If it has to be done it will be with great pleasure and whatever happens Stade Rennais will remain in my heart.”

Andre Villas-Boas’ side finished second in the French Ligue 1 last month after the season was abruptly cancelled due to the suspension of sporting events in the country until September.

As a result, they were able to cement their berth in the Champions League for the first time in seven years and Niang will have the chance of playing for them in the group stage, which is not an assurance at Rennes.

Rennes will begin their campaign in the elite competition starting from the third qualifying round and they need to get the better of two clubs in order to make the Champions League proper.

Niang should prove a quality signing for Les Phoceens, who had only Dimitri Payet (12) and Dario Benedetto (11) hit double figures in terms of scoring during the recently-concluded season.

Payet has featured entirely on the left wing for the Ligue 1 outfit and the club will want some strong competition for Benedetto upfront as they prepare to face Europe’s elite next season.