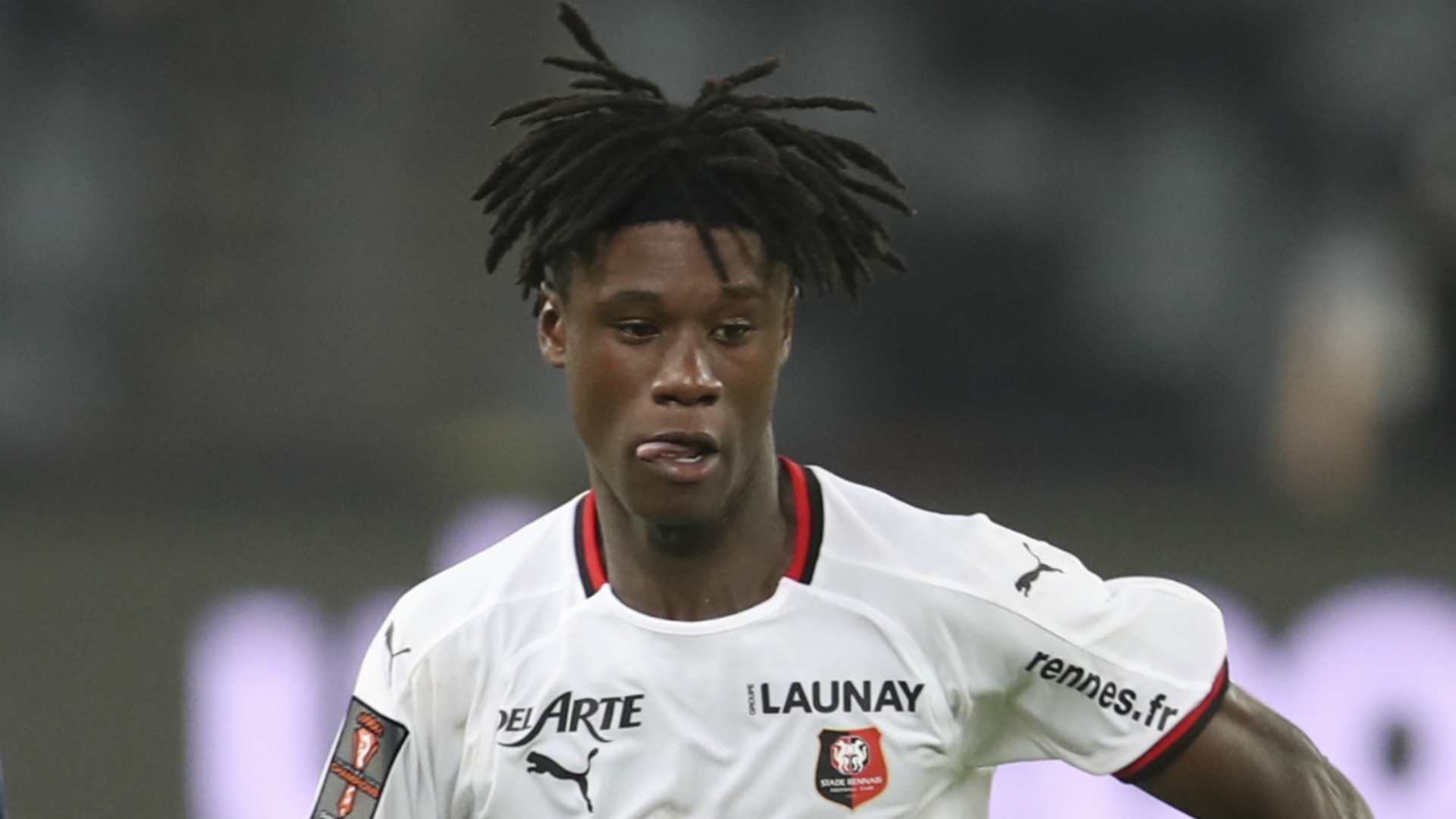 Rennes president Nicolas Holveck has insisted that teenage midfielder Eduardo Camavinga will continue with the French outfit next season despite the high-profile interest from elite European clubs.

The Frenchman has yet to approach his 18th birthday, but he has already caught the eye with his performances in the defensive midfield role, where he has made the vast majority of his 42 appearances for the Ligue 1 side.

In the recent league season, he managed an average of more than four tackles per game and he was equally impressive with his distribution with an 88 percent passing success with at least two successful long balls.

As a result, he has already shown the credentials to develop into a world-class footballer and a recent report from AS claimed that he would jump at the chance of working with Zinedine Zidane at Real Madrid.

Amidst this, Holveck has cleared the air over Camavinga’s future by insisting that the club want the midfielder to continue his development with them during the 2020/21 campaign.

“For Eduardo Camavinga, the project is to continue to progress at Stade Rennais. The next season should be that of the consecration in Rennes for him. Very sincerely, yes, the project next season will be with Eduardo,” He told RTL via Goal.com.

At the age of just 17, Camavinga has attracted plenty of attention from clubs across Europe but Los Blancos are obviously leading the hunt to sign the youngster, who has already been called up to the France under-21 squad.

However, he may not be guaranteed a regular role with the Madrid giants, considering they are said to view him as a potential back-up option to Casemiro for the holding midfield position.

Hence, he could be better served staying put with Rennes, who recently qualified for the Champions League for the first time in their history after the league was abruptly cancelled because of the coronavirus pandemic.

A number of French top-flight clubs have been hampered financially by the coronavirus pandemic but Holveck has indicated that Rennes are in a much better position and will go into this summer’s transfer window without any need for spending.