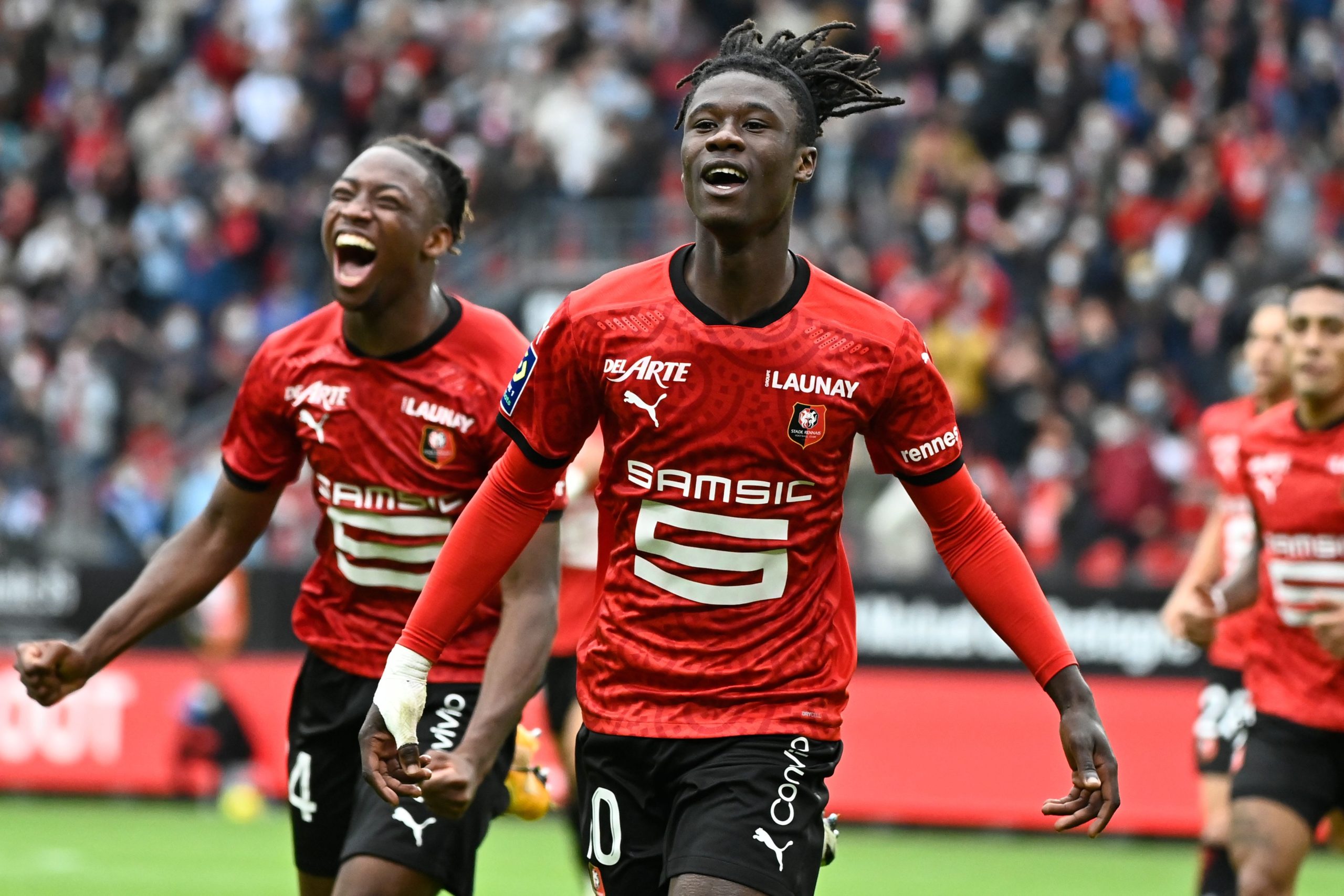 Rennes midfielder Eduardo Camavinga has admitted that he has been flattered by the transfer interest from Real Madrid, but won’t make a decision over his future until the summer.

The 18-year-old is regarded as one of Ligue 1’s best young midfielders and his progress has already seen him make his debut for the France national side this season.

Camavinga was regularly linked with Los Blancos during last summer’s transfer window, but the Spanish outfit decided against the move amid the financial impact of the coronavirus pandemic.

Furthermore, Rennes were also determined to keep hold of Camavinga for the current season at least and that has been the case with the midfielder contributing two goals and three assists from 21 appearances this term.

In an exclusive interview with Canal +, as translated by AS, Camavinga has said that he is pleased with the big club interest amid the ongoing speculation linking him with Zinedine Zidane’s side.

However, he emphasised that he will see out the remainder of the campaign with Julien Stephan’s side and he is only prepared to negotiate during the summer.

“Of course it is nice when a big club is interested in you. But I am at Stade Rennais. We will wait until the end of the season. We will meet around the table and we will weigh the pros and cons,” He told.

Camavinga started his career in the holding midfield position, but in the current campaign, he has played in a more central role, thereby displaying his versatility.

Earlier last summer, it was claimed that Rennes would not consider selling Camavinga to Los Blancos for even £72m and they could demand a much higher fee for his services at the end of the season.