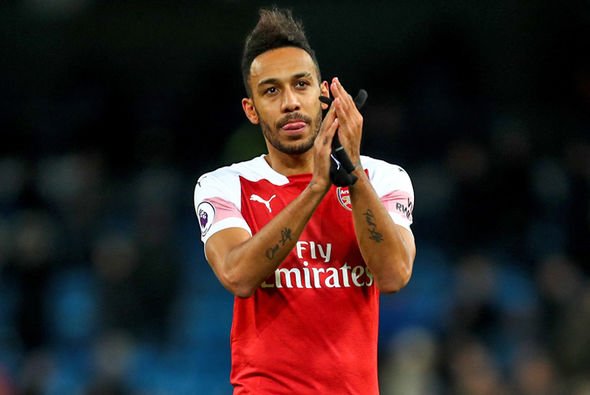 Arsenal’s Pierre-Emerick Aubameyang could be one of the high-profile players available in the transfer market this summer. The Gabon international has been a sublime performer for the Gunners with 61 goals scored since his arrival from Borussia Dortmund in January 2018, but there are suggestions that he could be on the move with his contract due to expire in 13 months’ time.

A recent report from Todofichajes has claimed that Les Parisiens are already in talks with the north London club over a summer deal worth £34m for Aubameyang and we look into a few reasons why the French champions should seal the transfer of the 30-year-old.

A cost-effective option: The French outfit have the option of signing Mauro Icardi on a permanent basis for £62m when his loan contract from Inter Milan expires. However, the club are looking to negotiate the sum amid the financial impact of the coronavirus pandemic. It is still unclear whether the Nerazzurri are prepared to accept a reduced fee and Les Parisiens could be better off making the approach for Aubameyang, who is still at the prime of his career.

More than a traditional striker: Icardi is regarded as more of a traditional striker, who prefers to receive service in the box to make things happen. In comparison, Aubameyang is capable of shifting into a wide attacking role when required and he can carry the ball on the counter-attack and find the back of the net with long-range shots. Elsewhere, the Gabonese is effective in helping out his teammates with the defensive work which can’t be said about Icardi.

A genuine scoring threat: Aubameyang has had an impressive scoring record over the past nine years and he has shown no signs of slowing down despite approaching his 31st birthday. He has bagged more than 30 goals in each of the previous four seasons and has already netted 20 times from 31 outings this term. The forward could form a potent attacking threat alongside Neymar and Kylian Mbappe and he could be effective in the away Champions League games with his pace on the counter-attack.