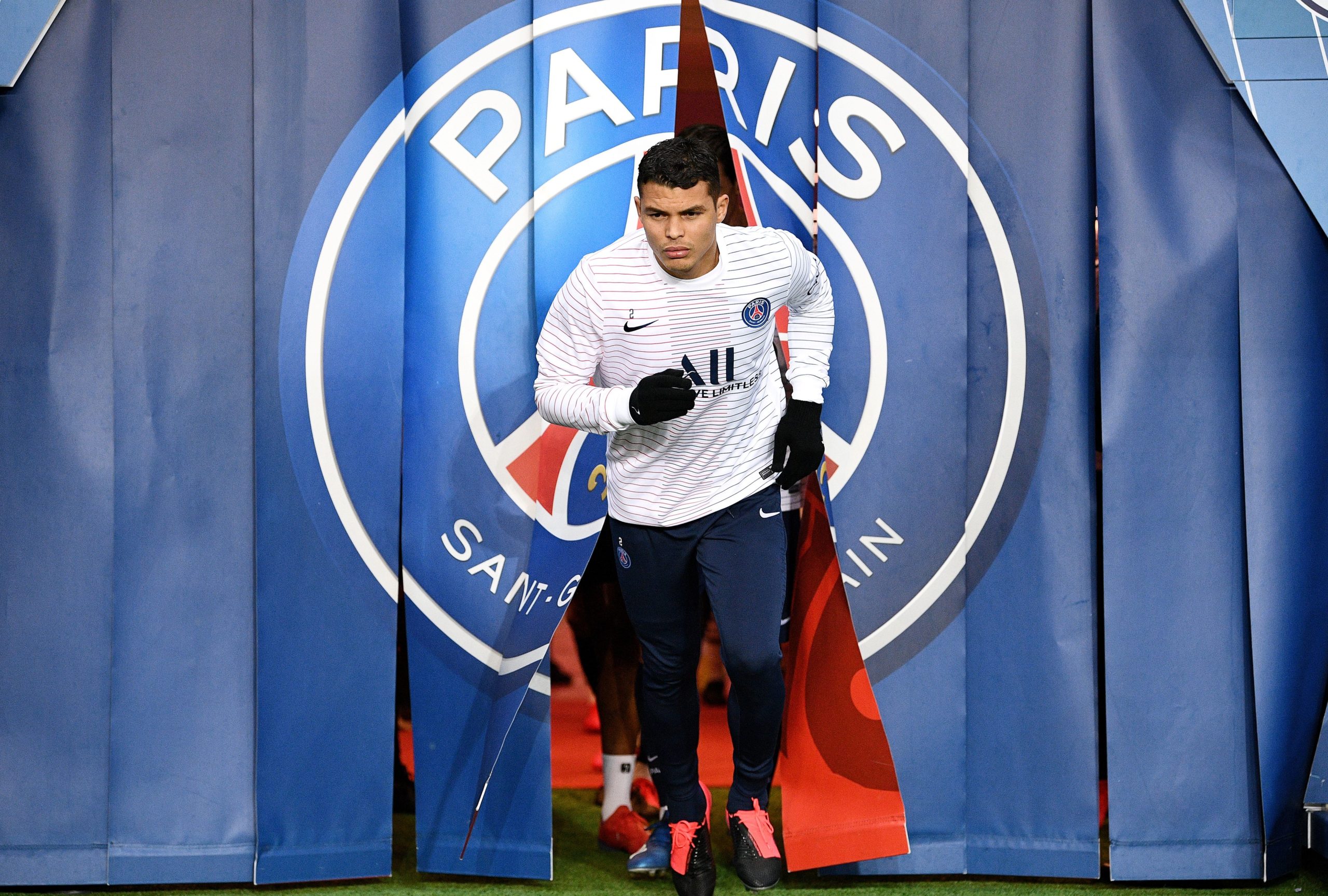 French champions Paris Saint-Germain are willing to extend the contract of defender Thiago Silva, provided he is prepared to take a significant pay-cut on his current deal.

The Brazil international has been with Les Parisiens for eight seasons and during this period, he has been a consistent starter, making at least 30 appearances in each campaign.

His present contract with the capital outfit expires at the end of June but Footmercato claims that talks are already underway over an extension for another 12 months.

While he continues to remain an influential player from the starting XI, it is reported that he may need to accept a significant reduction on his current annual salary of 14 million euros to prolong his stay with the club.

Les Parisiens definitely value the experience of Silva in the squad and they seem intent on continuing their association with the 35-year-old, who is regarded as one of Brazil’s finest centre-backs.

Should Silva sign a fresh deal, he may not necessarily be guaranteed a starting spot for next season, considering the club are looking into possible options to reinforce the heart of the defence this summer.

As per L’Equipe, Napoli’s Kalidou Koulibaly and Marseille’s Boubacar Kamara have emerged as a possible transfer targets and it won’t come as a surprise, if one of them partners Presnel Kimpembe next term.

Koulibaly, 29, is in the prime of his professional career and he is understood to be open to a fresh challenge with Napoli having struggled to win any major silverware despite his best efforts.

Kamara, meanwhile, has built his reputation over the past couple of seasons with Marseille. The 20-year-old recently helped Les Phoceens secure Champions League football after seven years.

The club were second in the league standings when the season was prematurely concluded last month after the French prime minister postponed all sporting-related events until September due to the coronavirus pandemic.