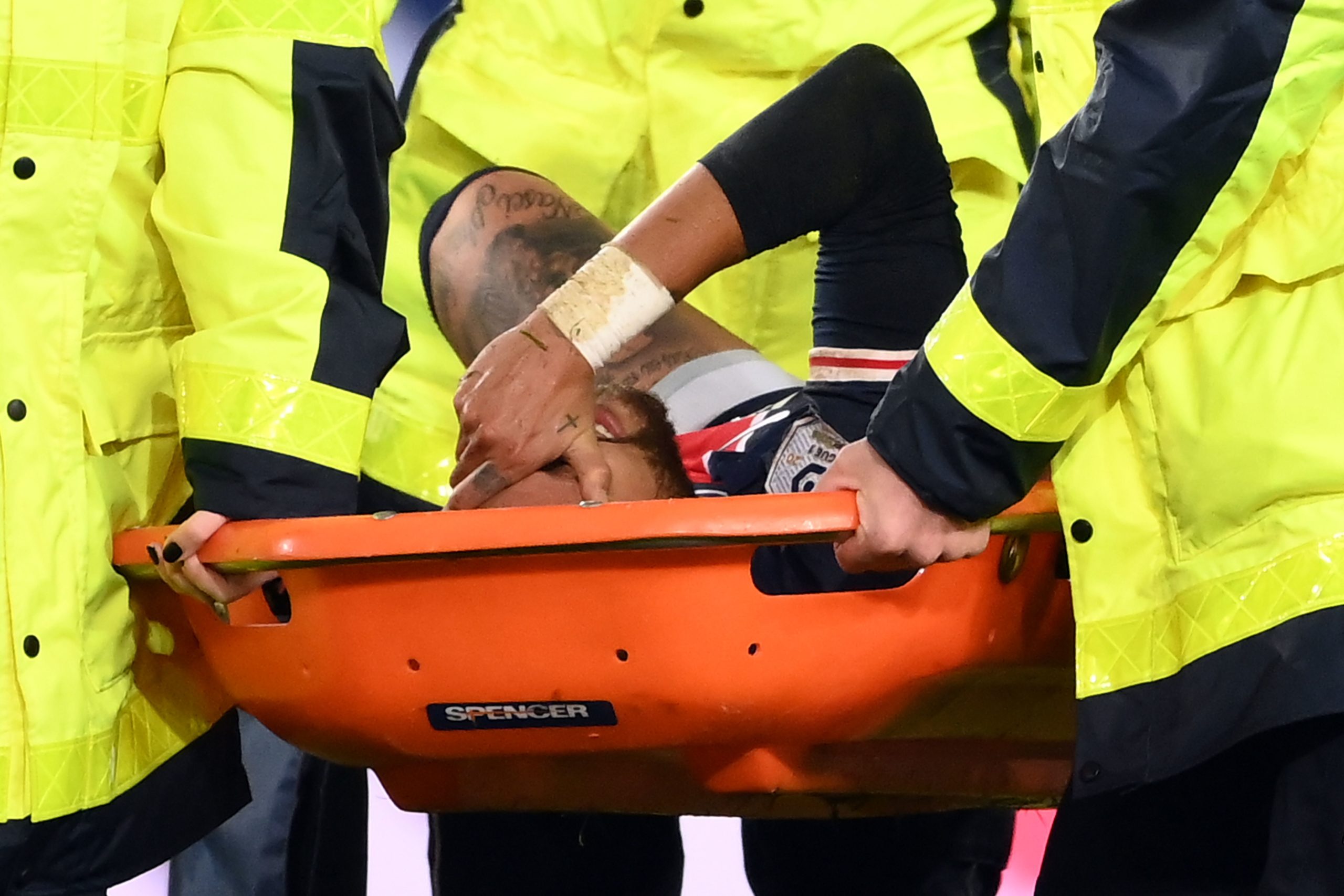 Paris Saint-Germain have revealed that Neymar has avoided a serious ankle injury during the recent clash against Lyon, but he is still expected to be sidelined for the club’s final two games of 2020.

The Brazil international has been in top form for Les Parisiens this term and he has registered nine goals and five assists from a combined 12 appearances in Ligue 1 and Champions League.

His season has already been interrupted due to contracting the coronavirus as well as an adductor problem and he is now in the treatment room with a fresh injury suffered during the 1-0 loss to Lyon on December 13.

Initially, it seemed that he may have sustained a long-term ankle injury after being stretched off the field with pain, but following thorough diagnosis, it has been revealed that he has avoided a major setback.

Still, the injury is significant enough to keep him out of action for the next two league games against Lille and Strasbourg and he will only return to face Saint-Etienne after the French winter break.

Les Parisiens have experienced a mixed campaign by their high standards and they are currently second in the league with a one-point deficit to Lille, who have suffered just one defeat all season.

They are scheduled to face Christophe Galtier’s side on the road on Sunday night and it should be a testing challenge for them despite their dominance in the fixture over the years.

The capital outfit have won seven of the previous eight league meetings. Their only setback came during the backend of the 2018/19 campaign where Lille won 5-1 after Juan Bernat was sent off early.