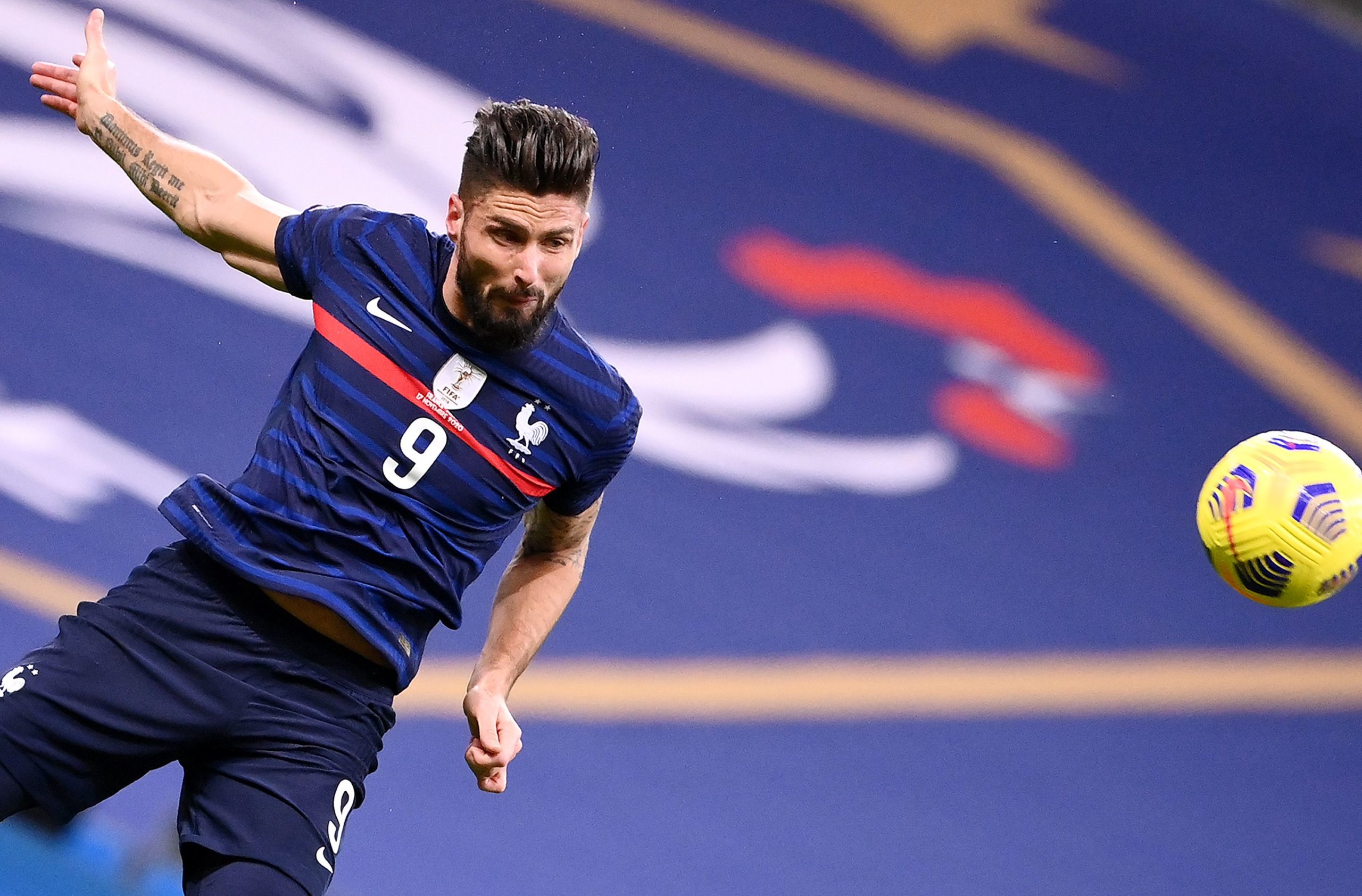 Olivier Giroud has edged closer to Thierry Henry’s all-time goalscoring record for France following his brace in the 4-2 victory over Sweden in the Nations League.

Les Bleus booked their spot in the Nations League finals after the 1-0 win over Portugal last weekend and that allowed Didier Dechamps to make a few changes to the line-up for the final group stage game.

The inclusion of Giroud was not a surprise, given Anthony Martial was poor in front of goal against Portugal, where he squandered as many as three clear-cut chances.

Still, the pressure was on the 34-year-old to deliver a good performance and he managed to excel on the night with a goal in either half for the reigning world champions.

The brace has taken him to 44 goals from 105 caps for Les Bleus and he is now within seven of the national record held by Thierry Henry with a few more years of international football ahead of him.

Giroud has endured a tough time at Chelsea this term and he has been restricted to just four appearances in all competitions, out of which only one has come from the starting line-up.

As a result, Deschamps recently admitted that the situation was not good for the Blues striker and suggested that he could miss out on a starting spot due to the reduced game time.

Amidst this, the former Arsenal man has provided the perfect response on the field with another brace and that will have changed the opinion of Deschamps, who had previously picked Martial ahead of him.

Giroud has time and time again proved that he is France’s most-reliable striker and his performance on Tuesday should cement his starting spot for the next set of internationals in March.

With the European Championships scheduled for next summer, the veteran striker would want to play regularly at the club level and he may push for an exit from Chelsea in January unless his playing time improves.