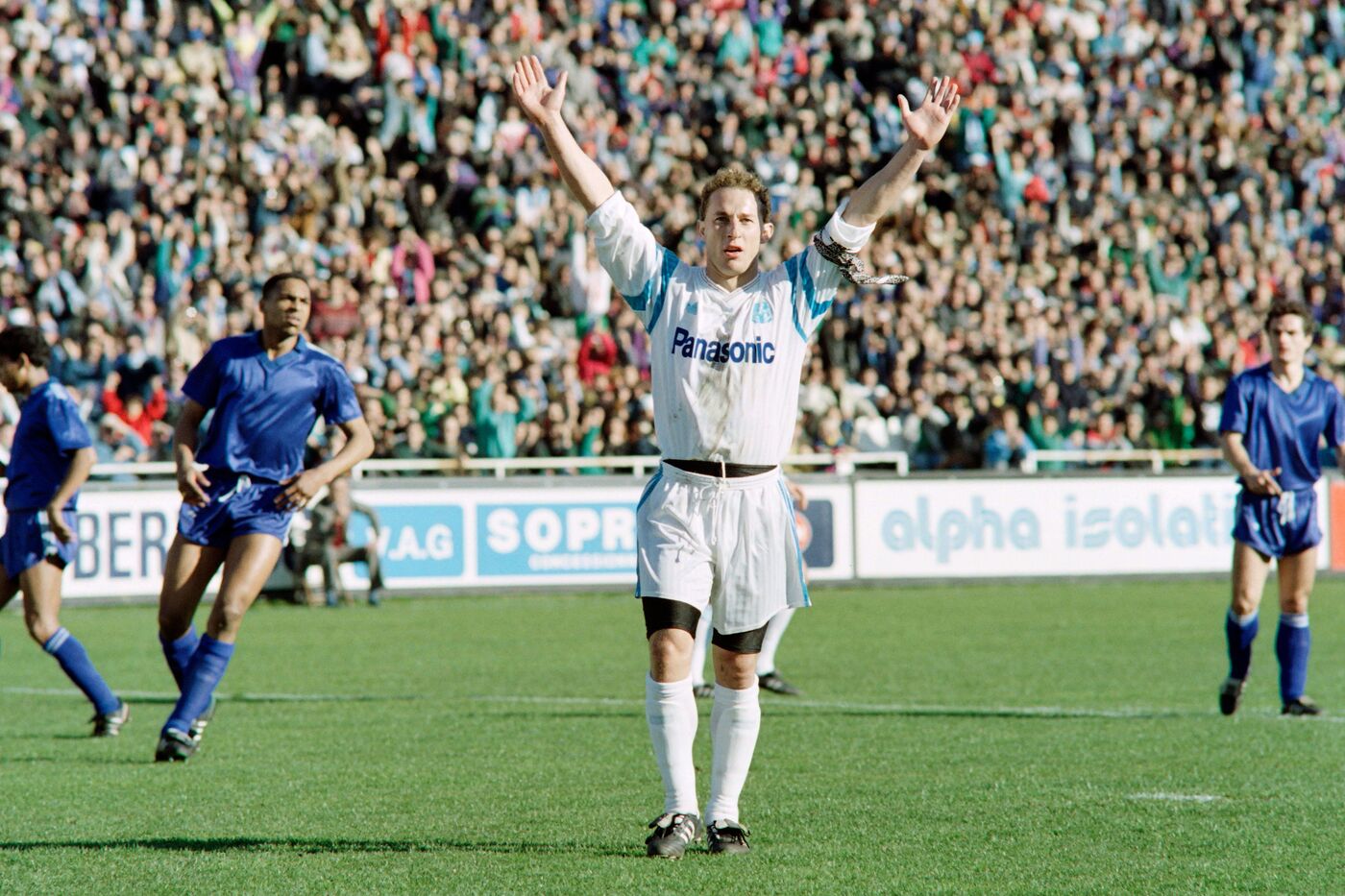 Ligue 1 is often viewed as the poor cousin amongst Europe’s big five leagues, but that hasn’t stopped it attracting some of the world’s best goalscorers.

As of June 2020, French legend Jean-Pierre Papin remains the highest scorer in the history of the competition, but his position could come under threat over the next few seasons.

Edinson Cavani was on course to catch Papin, but he looks set to leave Paris Saint-Germain this summer to return to Serie A.

The biggest threat to Papin is likely to come from Kylian Mbappe, with the PSG star already on his way to racking up a century of goals in Ligue 1.

The 21-year-old should force his way into the top 10 during next season and is the only realistic challenger to Papin at the moment.

A move abroad would obviously halt Mbappe’s rise up the list, but it would be no surprise to see him return to France to claim the record later in his career.

Read on as we reveal who are the current all-time top 10 goalscorers in Ligue 1.

In addition to top the scoring charts on five occasions, Papin also won the Ballon d’Or in 1991 making him the only player to receive the award while playing for a French club.

He subsequently moved to Serie A for two trophy-laden seasons with AC Milan, although injuries limited the impact he was able to make.

Papin then joined Bayern Munich, but returned to France with Bordeaux in 1996 after failing to shine in the Bundesliga.

Pauleta first came to prominence in Spain towards the end of the last century, before securing a move to Bordeaux in 2000.

His form over the next three seasons saw him linked with numerous clubs and it was no surprise when he agreed a deal to join PSG ahead of the 2003/04 season.

He went on to score 74 league goals for the club over the next five years, but failed to win the Ligue 1 title during that spell.

However, he did help PSG win three cups which helped to lay the foundations for the period of dominance that has followed.

Cavani made his name with Palermo and Napoli in Serie A, before securing a big-money move to PSG in the summer of 2013.

The Uruguayan forward has helped the club win seven successive Ligue 1 titles as they established themselves as the dominant force in French football.

In addition to finishing as the league’s top scorer in 2016/17 and 2017/18, Cavani has also formed a formidable partnership with Luis Suarez at international level.

Cavani had been widely tipped to overtake Papin as the all-time top scorer in Ligue 1, but will miss out after the club confirmed he will leave this summer.