Ligue 1 Matchday 4 Preview: Things Spice Up at Both Ends of the Table 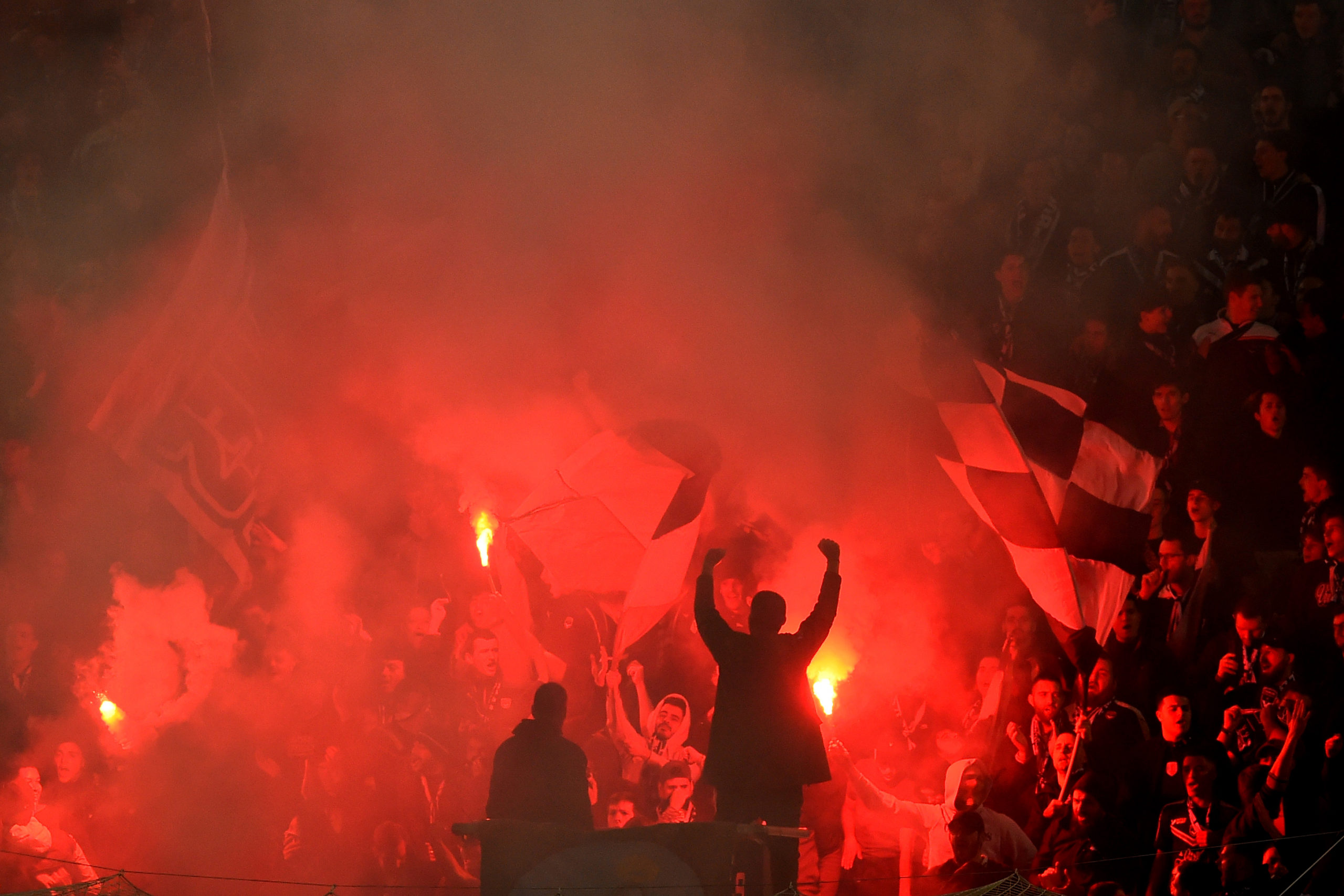 The fourth matchday of Ligue 1 beckons with some spicy fixtures at both ends of the table. Here’s what you should be looking forward to before the weekend’s action kicks off:

Nîmes hosted Rennes last weekend, and were on the wrong side of a 2-4 scoreline. They conceded the opener but soon equalised through Andrés Cubas’ volley. After going down again, Zinedine Ferhat’s goal restored parity, but they failed to score again and let in two more goals.

Lyon have won each of the three clashes between these two sides, with the most recent victory coming last season with a final score of 0-4.

Lyon cannot go higher than 4th no matter what happens, but a more practical goal should be around 7th spot.

Nîmes have one point fewer than Lyon’s tally, so their best-case scenario doesn’t seem them enter the top-five. They should be looking for a top-half entry though.

Memphis Depay – The Barcelona-linked forward has already scored four goals in the Ligue 1 campaign, averaging one goal in every 44.5 minutes he spends on the football pitch. That’s an alarming rate for any goal-scorer, and he’ll certainly look to keep it up.

Lens faced Lorient in matchday 3, and won an exciting match with a final score of 2-3 as Gaël Kakuta, Facundo Medina and Ignatius Ganago chipped in with the goals.

Bordeaux hosted Lyon for last weekend’s opener and came away with a point despite having zero shots on target.

Bordeaux have a 14-9 advantage in this regard, while 12 other matches have been drawn. Les Girondins won the last match too – 2-1 at the Nouveau Stade de Bordeaux.

Lens still have a mathematical possibility of going to the top of the table, but they should be eyeing the European spots.

Bordeaux can go as high up as 2nd at best, but realistically they should settle a spot around 6th in the table.

Laurent Koscielny – Bordeaux’s captain has been crucial to their defensive effort this season and has helped them keep a clean sheet in each of their three matches so far. The centre-back has made 6.7 clearances per match on average to help his side maintain the best defensive record in the division, and he’ll look to keep doing that.

Later on that day, runners-up Rennes host 3rd-placed Monaco in an exciting clash at the top of the table.

Rennes travelled to Nîmes last time around. The match ended 2-4 in their favour, as Sehrou Guirassy’s brace and goals from Nayef Aguerd and Benjamin Bourigeaud sealed the three points.

Monaco welcomed Nantes for their matchday 3 fixture, which they won 2-1. Sofiane Diop’s early strike was cancelled out later on, but substiture Willem Geubbels’ goal made sure of the win.

Monaco have a solid 26-15 lead in direct clashes, with 10 of the 51 matches ending in a draw. Most recently, the Principality side won 3-2.

Rennes could go to the top of the table with a win here, but they would need Saint-Étienne to drop points for that to happen.

Monaco are just behind their opponents on goal difference, so they are in a similar situation.

Kevin Volland – Monaco’s new signing didn’t stand out in his hour-long debut against Nantes last time around, but he did show glimpses of quality. Rennes’ defence is the worst of any team in the top half of the table, so he should look to score against them.

Sunday kicks off with a bang too, as 7th-placed Nice host defending Champions Paris Saint-Germain, who are languishing all the way down in 15th spot.

Nice were defeated by Montpellier in matchday 3 with a final score of 3-1. Dante’s goal in the 69th minute was mere consolation, as it failed to spark a comeback.

Paris Saint-Germain hosted Metz in midweek as their matchday 1 clash was postponed, and finally got points on the board as Julian Draxler’s stoppage-time winner was the only goal of the match.

Paris Saint-Germain have a comfortable 22-11 lead in such direct clashes, with nine others being drawn. Last time around, the Parisians eased past Les Aiglons 1-4.

Nice can still reach the top of the table if a lot of results go their way, but a more realistic target should be the European spots.

Paris Saint-Germain cannot possibly go higher than 7th, and realistically, they should be happy with a top-half entry.

Julian Draxler – PSG’s German midfielder saved the match against Metz with an extremely late goal, and is set to play a key role against Nice considering his side’s lack of players. So, expect him to take centre-stage once again.

At the wrong end of the table, 18th-placed Metz meet Reims, who are just one spot above them.

Metz faced PSG on Wednesday night for their matchday 1 fixture, and narrowly lost 1-0 because of an injury time winner.

Reims also lost their matchday 3 clash against Angers with the same scoreline, but they conceded much earlier.

Metz have a 5-3 head-to-head advantage, but the majority (nine) of the matches between these two have ended without a winner. Last time around, Les Grenats carved out a 0-1 win.

Metz are without points at the moment, so their best-case scenario doesn’t take them above 14th place.

Reims have a solitary point, so they can’t cross 12th spot no matter what. Realistically, they should be glad with something around 14th.

Fabien Centonze – Metz’s right-back has been solid defensively, and decent in attack too. It’s been a similar story for his side too, as they have only conceded thrice but never scored, and that’s why they have no points. They will be hoping that Centonze can continue his average of 2.7 tackles, 5 interceptions and 1 key pass per match.

Montpellier hosted Lyon in midweek for their matchday 1 game, and they came away 2-1 winners as Téji Savanier bagged a brilliant brace.

Angers won their last match by a goal too – on Sunday against Reims thanks to Stephane Bahoken’s goal.

Montpellier have an 8-4 advantage in direct clashes between these two sides, with seven others ending with equal scores. Most recently, however, it was Angers who came out on top with a 1-0 win.

Montpellier can mathematically go to the top with a win, and if they take three points away from this match, they will have good chance of moving up.

Angers have the same points tally as their opponents, so the possibilities remain the same. Due to their inferior goal difference, however, they should be eyeing sixth spot.

Téji Savanier – Montpellier’s midfielder has been absolutely outstanding of late, especially in the last two matches when he scored twice and set up one goal. His average of 3.3 shots, 3.7 dribbles, 2.7 key passes and 1.3 crosses per match has raised speculations of an imminent national team call-up, and the Frenchman will want to fuel them with another strong performance.

Brest faced Dijon last weekend, and they came away with three points as Romain Perraud’s strike and Irvin Cardona’s spectacular volley gave them a 0-2 victory.

Lorient played one potential relegation six-pointer last weekend, and they ended up on the losing side as Lens defeated them 2-3. Adrian Grbić gave Les Merlus a good start, but they conceded thrice thereafter and Yoanne Wissa’s late penalty didn’t count for anything.

Lorient have won four more matches than their opponents, and have an 11-7 lead with the number of draws equal to the number of Brest wins. In the last meeting, the scores were level – 2-2.

Brest cannot cross 7th place no matter what, and realistically, a top-half entry would be great for them.

Lorient are in a similar position to that of their opponents, so their goals should be the same too.

Yoane Wissa – Lorient’s French winger has started off well in the new campaign, as he has scored twice and set up one other goal. His average of 2.3 dribbles and as many fouls won per match certainly helps his side, as does his shot conversion rate of 50%.

Bottom-club Strasbourg play hosts to 19th-placed Dijon for the last of the simultaneous matches, with both sides looking to get some crucial points on the board.

Strasbourg faced Saint-Étienne last weekend, and they lost 2-0 despite being the better side early on.

Dijon were at home last weekend, and they too lost by the same scoreline against Brest.

Strasbourg have won twice as many matches as Dijon, and have a 6-3 lead with five matches being drawn. Last time around, Les Hiboux triumphed with the final score reading 1-0.

Strasbourg are on zero points right now, and even a win can’t possibly take them above 14th. Realistically, they’d just want to get out of the relegation zone.

Dijon‘s case is similarly dire, so they too would just want to leave the bottom-three behind.

Bruno Ecuele Manga – While Brest’s defending hasn’t been great so far, they should look to keep a clean sheet against Strasbourg, who have only scored once in their three matches. Bruno Ecuele Manga has done well at the back for the visitors, making 7 clearances and 55.7 passes and winning 4.3 aerial duels per match while maintaining a passing accuracy of 94.6%.

11th-placed Nantes and league-leaders Saint-Étienne battle it out on Sunday evening.

Nantes were in Monaco for their matchday 3 clash, which ended 2-1 in favour of their rivals after Ludovic Blas’ equaliser was quickly responded to by the Principality outfit.

Saint-Étienne travelled to Marseille on Thursday to play what was initially supposed to be the season-opener, and they came away with a 0-2 win thanks to goals from Romain Hamouma and Denis Bouanga.

Saint-Étienne have an 11-8 advantage in the head-to-head category, with 12 other clashes ending without a winner.

Nantes are just out of immediate contention for the Champions League spots, but realistically they’d like to have 7th place.

Saint-Étienne are at the top of the table with a perfect record, and they would certainly like to maintain it to stay there. Even a draw, however, would keep them level on points with the leaders in the worst case.

Romain Hamouma – Saint-Étienne’s striker has started off the Ligue 1 campaign brilliantly – with three goals in as many games. He currently has a great shot conversion rate of 75% this season, and should look to keep that up and score yet more goals for Les Verts.

The final match of the weekend sees 8th-placed Marseille and 4th-placed Lille square off in an exciting clash at the top of the table.

Marseille hosted Saint-Étienne for their matchday 1 clash in midweek, and they lost 0-2.

Lille faced Metz last weekend, and they carved out a 1-0 win with Luiz Araújo’s strike proving to be the difference between the two sides.

Marseille still have a chance of going to the summit of the table, but would need a lot of results to go their way for that to happen. Realistically, the top-five should be sweet.

Lille have a better chance of ending the weekend in first, but their immediate goal should be to enter the Champions League spots.

Sven Botman – Marseille’s attack has already seen them net four times this campaign, but they were shut out thanks to some good defending in their midweek clash. Lille will be hoping to replicate that, and they’ll need Sven Botman to maintain his averages of 3.7 interceptions and 3.3 clearances per game along with a pass completion rate of 85.8%.

Ligue 1 Matchday 3 Report: Tensions Flare in Le Classique as the Top of the Table is Shaken Up
Ligue 1 preview: Lille OSC vs RC Lens