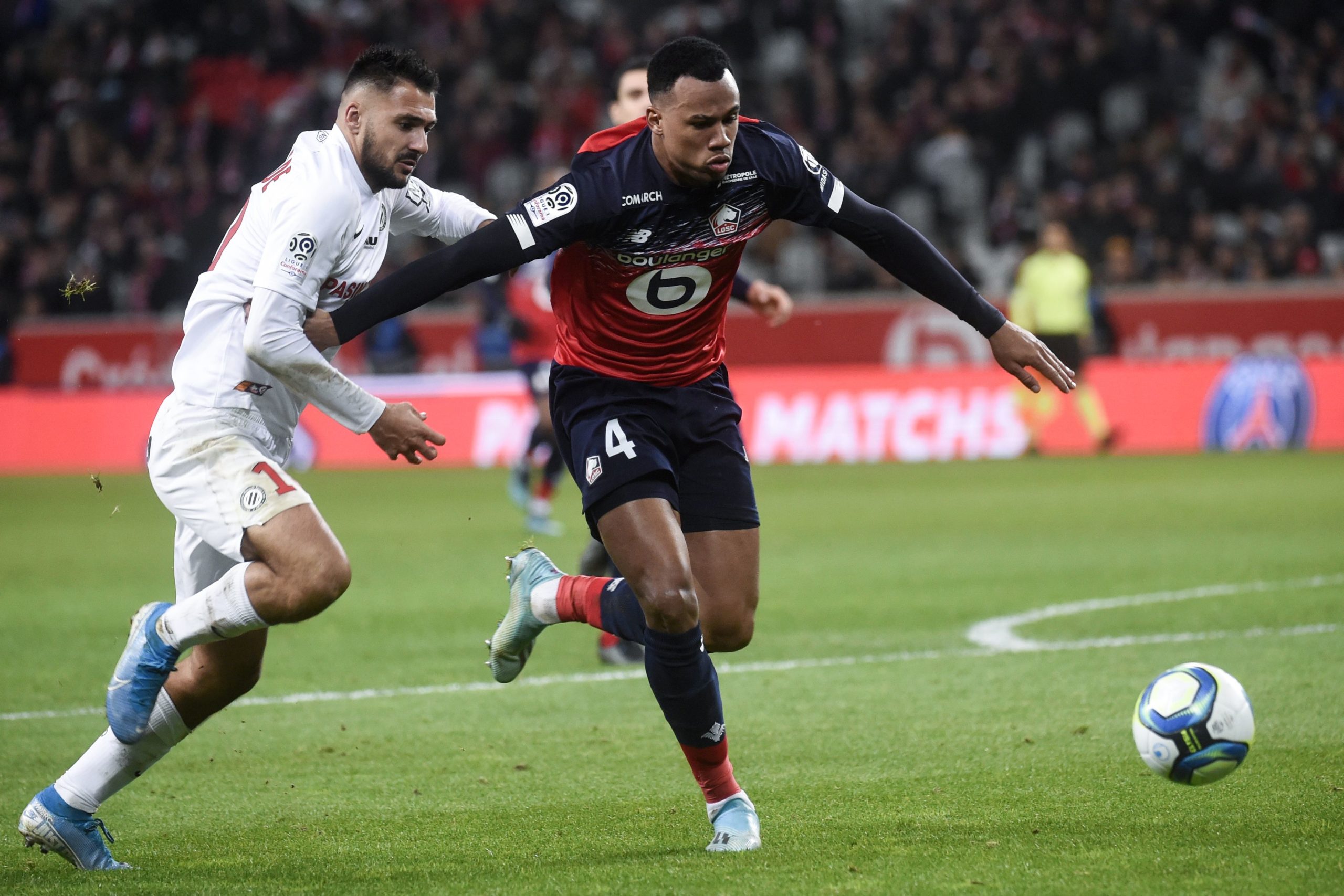 Real Madrid have turned their attention to signing Gabriel Magalhaes from Lille after ending their pursuit of RB Leipzig centre-back Dayot Upamecano, AS reports.

The Madrid giants are likely to prioritise the signing of a young central defender this summer with Sergio Ramos having entered the final phase of his playing career.

Raphael Varane has been the standard partner for Ramos over the past six years but there is the concern over the quality behind them with last summer’s signing Eder Militao yet to impress while Nacho has fallen out-of-favour under manager Zinedine Zidane.

According to AS, Los Blancos have switched their focus to signing Magalhaes from Upamecano due to the possible price tag and the stiff competition from Bayern Munich.

The same publication cites that Magalhaes could be available for a price of around £18m, which is considerably lower due to the financial impact of the coronavirus pandemic.

Gabriel was supposedly on the cusp of joining Everton earlier this year and he is reported to have had a medical with the Premier League club before the season was disrupted by the coronavirus outbreak.

Since then, the Toffees have struggled to reach a transfer agreement with Lille, with the centre-back now keen on joining a club where he has the chance of winning regular silverware.

At 22, Magalhaes is at the perfect age to continue his development with Los Blancos and potentially replace Ramos at the heart of the club’s backline in the long-term.

However, there is a major stumbling block due to the Non-EU player rule and that could hamper their prospects of luring the defender ahead of interested clubs including Frank Lampard’s Chelsea.

At present, Eder Militao, Rodrygo Goes and Vinicius Junior occupy the three non-EU spots available. Reinier Jesus, who was signed from Flamengo in January, was drafted straight into the Castilla squad due to the regulation.

Takefusa Kubo is the other non-EU player in their ranks but the Japanese teenager is currently out on loan at Mallorca, where he has registered three goals from 25 appearances this term.

Jesus and Kubo may probably stay away from the senior squad next term as they are only at the beginning of their respective careers but Zidane still has a potential headache on his hands.

Militao, who is the immediate back-up in the central defensive department, should remain with the club and Zidane may have to make the decision to loan out one of Vinicius or Rodrygo in order to register Gabriel as a non-EU player for next season.

Argentine striker open to staying with Paris Saint-Germain after loan stint
French striker keen on Premier League move, as per his agent