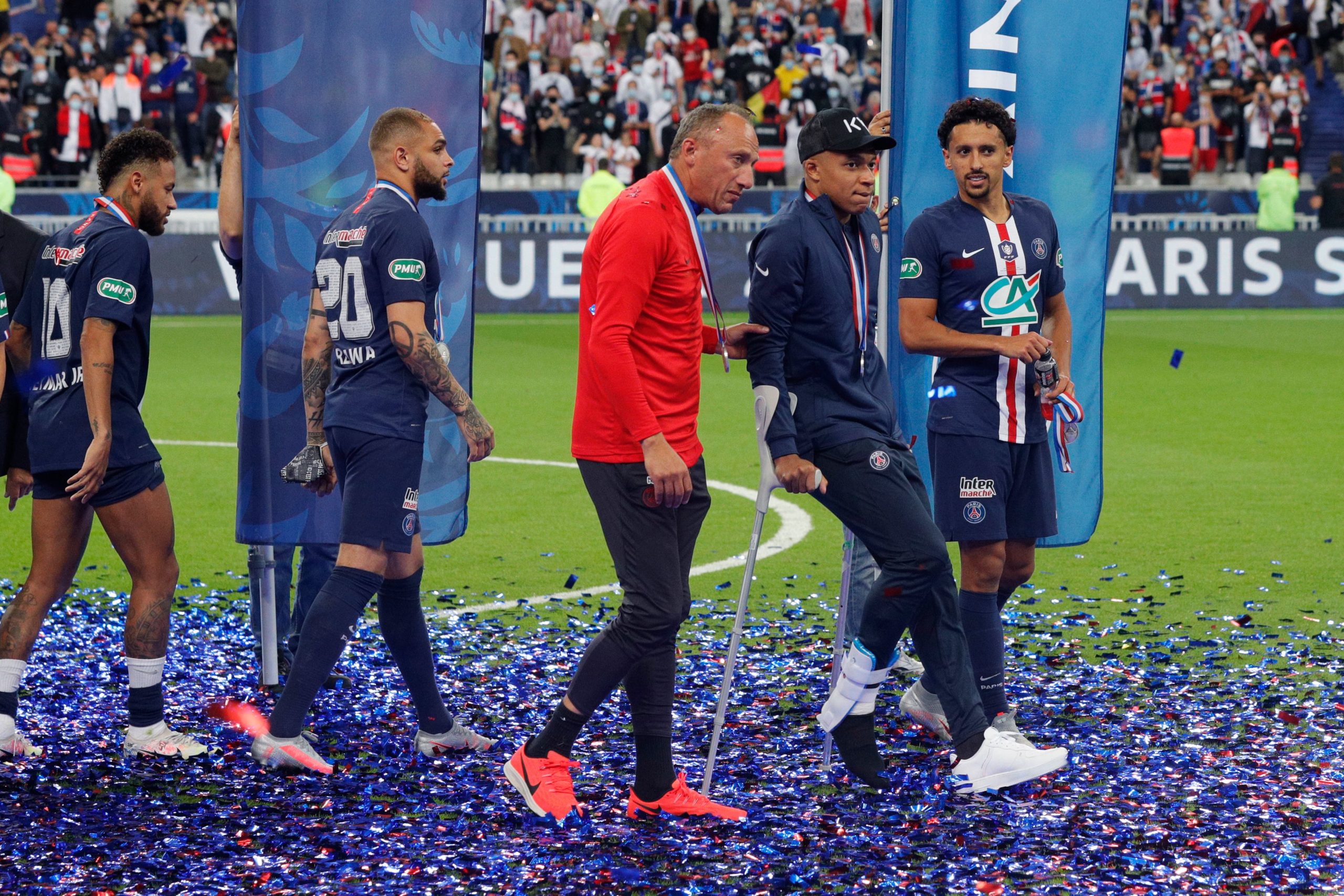 Kylian Mbappe remains a potential doubt for Paris Saint-Germain’s Champions League quarter-final against Atalanta BC next month after picking up an ankle injury in the Coupe de France final against Saint-Etienne.

The French champions lifted a record 13th France Cup title after a slender 1-0 win at the Stade de France, but the victory was dampened by the injury for Mbappe, which could potentially keep him on the sidelines.

Les Parisiens bagged the only goal of the final in the 14th minute. Saint-Etienne goalkeeper Jessy Moulin made an impressive save to deny Mbappe, but the rebound fell into the path of Neymar, who found the back of the net.

In the 26th minute, Mbappe managed to put himself in a good position to get through on goal, but he was denied the opportunity after a rash tackle from Loic Perrin, which saw the striker’s right ankle buckle under him.

Perrin, who was playing his final game for the club, was sent off through VAR after an initial yellow card while Mbappe limped off the pitch to be substituted soon after.

Thomas Tuchel’s side were unable to increase their lead over Saint-Etienne despite the man advantage, but that did not cost them as Les Verts barely threatened on goal in the second half unlike in the first.

Denis Bouanga undoubtedly had the best chance to put them ahead in the fifth minute, but his low shot which beat Keylor Navas, bounced off the woodwork at the far post.

He had another opportunity before the half-time interval, but Navas made a good save this time around. Meanwhile, Angel di Maria had the only other clear-cut chance for Les Parisiens, but he was denied by Moulin, who made a superb one-handed save to keep out his curling strike.

Mbappe joined in the celebrations following the full-time whistle, but he was on crutches with a protective boot on his right foot. The injury is likely to see him miss the Coupe de la Ligue final against Lyon next week on Friday while he could be doubtful for the European meeting against Atalanta in 19 days’ time.

Meanwhile, Thilo Kehrer also sustained a rib injury which contributed to his substitution at the midway stage of the opening half. Colin Dagba played the rest of the game in his position, but Les Parisiens will be hoping that he has only suffered a knock.