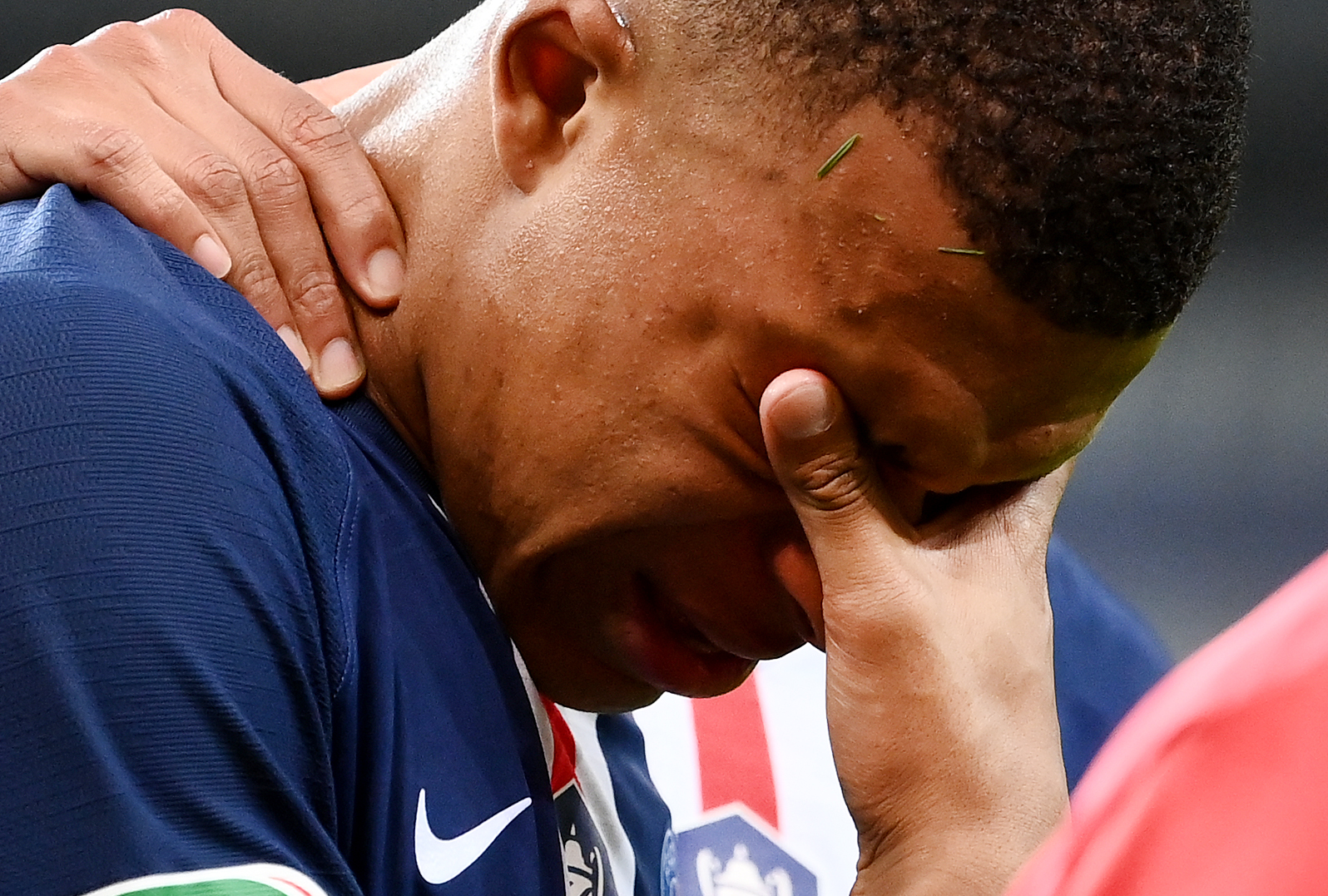 Kylian Mbappe may not feature in Paris Saint-Germain’s Champions League quarter-final against Atalanta next month after picking up an ankle sprain during the recent Coupe de France final win over Saint-Etienne.

The 21-year-old made a lively start to the Cup final last week and he indirectly assisted Neymar for the only goal of the game in the 14th minute after his shot saved by Jessy Moulin, deflected into the Brazilian’s path.

Shortly after the midway stage of the opening half, he was the subject of a rash tackle from Loic Perrin, which saw his right ankle buckle under the defender’s legs.

The centre-back was sent off for the challenge after a VAR review, but it was, however, agony for Mbappe, who limped off the playing field to be substituted.

Mbappe did return to the dugout with a protective boost on his right leg, but it appears that the injury is serious enough to keep him out of the Coupe de la Ligue final and the European clash against Atalanta.

“As announced after the final of the Coupe de France against Saint-Etienne, Kylian Mbappe underwent further examinations to on his injured right ankle,” Les Parisiens said in a statement earlier today.

“The results of today’s scan confirmed an ankle sprain with damage to the external ligament. The player is expected to be sidelined for approximately three weeks.”

At first sight, it appeared that the Frenchman may have damaged his ankle ligaments, but thankfully, he has avoided a major injury, which could have sidelined him for the rest of the year.

Les Parisiens have the opportunity to complete a domestic treble when they face Lyon in the last ever Coupe de la Ligue final at the Stade de France on Friday. Mbappe is definitely ruled out for the contest.

Meanwhile, the club are scheduled to face Atalanta in the last eight of the Champions League in just over two weeks’ time and judging by the timescale for Mbappe’s recovery, they may have to cope without him.

Atalanta are by no means an easy opposition for the French champions, considering they are unbeaten in the past 18 games across all competitions with 15 wins and three draws. They have netted a staggering 51 goals in this period.