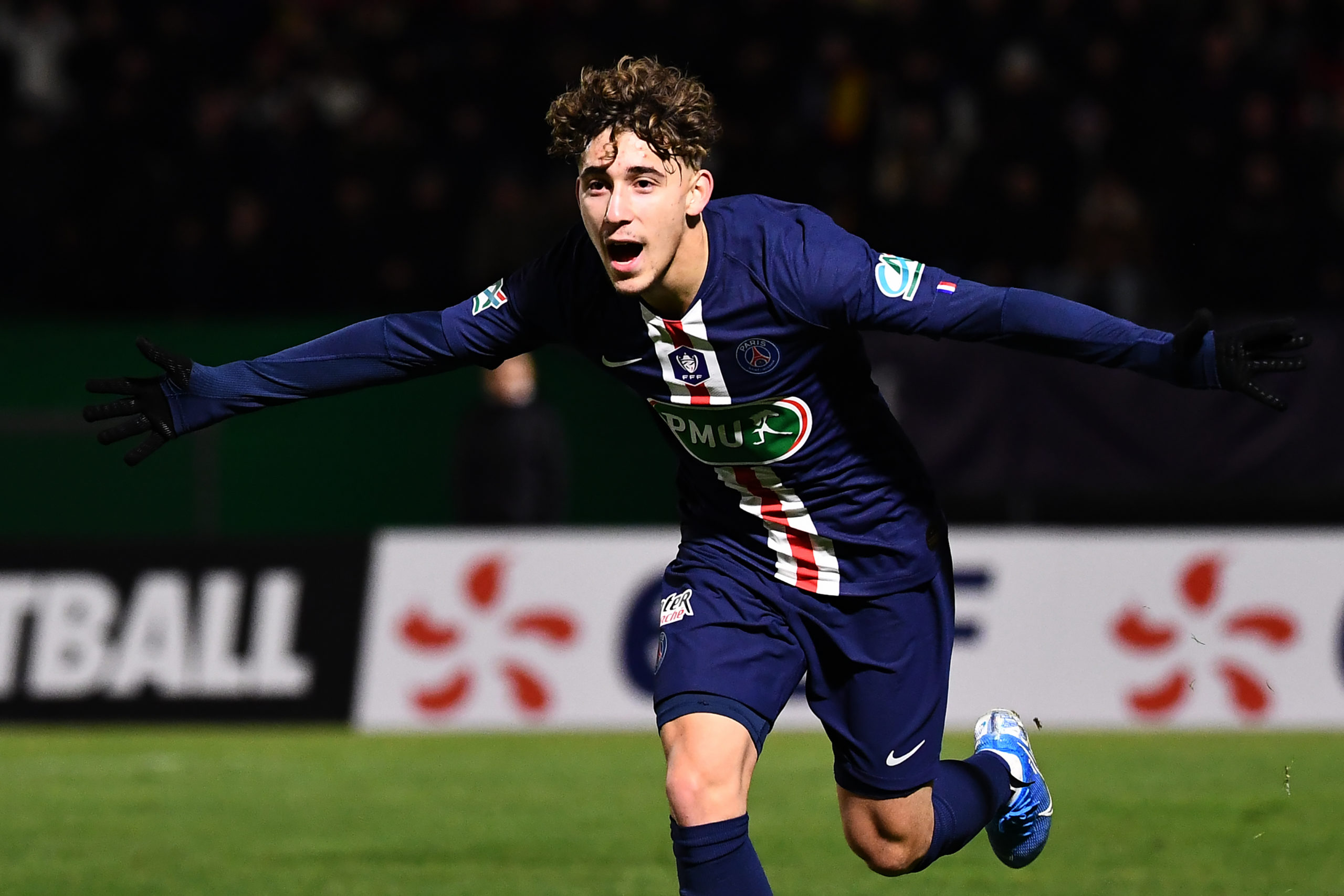 French midfield starlet Adil Aouchiche has confirmed through his Instagram account that he has parted ways with Paris Saint-Germain on a free transfer.

The 17-year-old’s youth contract expired on June 30 and he opted against the option of signing a professional deal, which was offered by the French champions.

Aouchiche confirmed his departure from Les Parisiens via his Instagram account where he wrote: “A page turns. Thanks to Paris for all these unforgettable moments.”

A number of top European clubs including Arsenal and Borussia Dortmund have been linked with his services, but he appears set to stay put in the French top-flight next term.

According to L’Equipe, the teenager has reached a verbal agreement to join Saint-Etienne, but the deal won’t be signed until his 18th birthday on July 15, as the law makes it illegal for an agent to receive commission for the transfer of an underage player.

Meanwhile, as per article 501, Aouchiche will only be permitted to sign a three-year deal as his first professional contract, but Saint-Etienne are set to include an automatic extension clause for another two seasons.

Les Parisiens are likely to be compensated around €1.2m in youth development fees. Elsewhere, the teenager will receive a significant signing-on bonus of around €4m on top of his €100,000 monthly wages.

Aouchiche made his debut for Paris Saint-Germain this term and managed a total of three appearances. One of those came during the first round of the Coupe de France against sixth-tier Linas-Montlhery, where he scored in a 6-0 win.

Aouchiche becomes the second high-profile youngster to leave Parc des Princes this summer. Tanguy Kouassi, who made his breakthrough earlier this season, recently put pen-to-paper on a long-term contract with Bayern Munich.

The 18-year-old made 13 appearances in the holding midfield and central defensive roles for Les Parisiens, contributing three goals and one assist. Despite receive opportunities with the senior squad, the teenager opted to take up a fresh challenge in Germany after his contract expired last month.