What went on in Matchday 2 of Ligue 1: 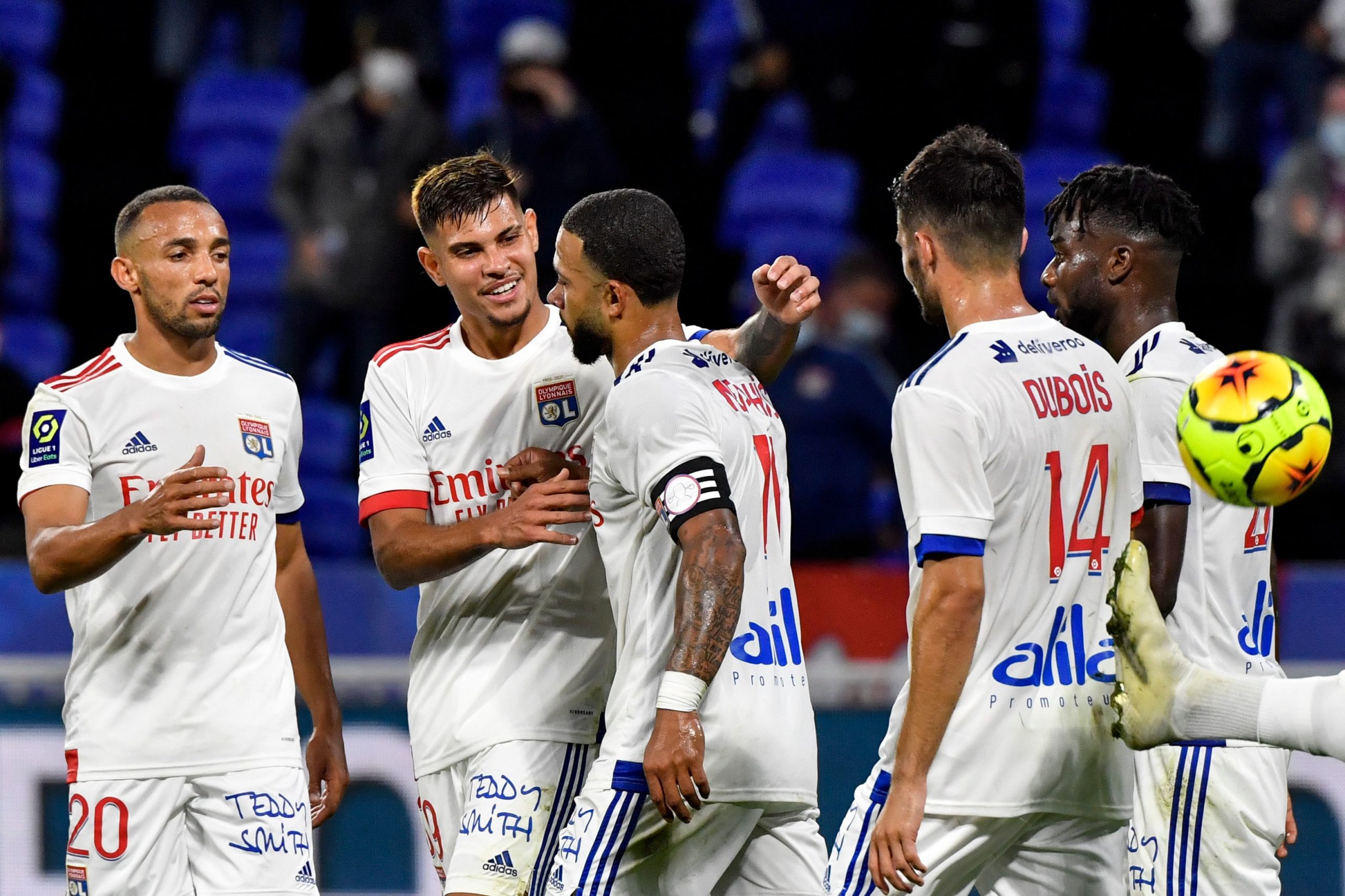 The second matchday of the French top-flight has ended with exciting action all around the country. Here’s what went on over the weekend…

The first match, and Lyon’s season opener saw them come up against Dijon.

The hosts were by far the better side early on, as they dominated Dijon. However, it was the Owls who took the lead. The ball dropped for Aurélien Scheidler at the edge of the box. The 22 year-old hesitated and had his first effort blocked, but it only came to him once again, and this time, he found the bottom corner.

Lyon pressed for an equaliser with all their might, and had a golden chance in the 39th minute after Cornet was bundled over in the box. Memphis Depay stepped up, and placed it in the bottom corner.

On the brink of half-time, Depay wriggled away from a couple of defenders on the left and delivered low cross, which was turned in into his own net by Wesley Lautoa. Les Gones scored again in stoppage time. A deflected cross reached Depay, who took a touch and then smashed it home for 3-1.

Lyon continued to boss proceedings in the second half, but had to wait until the 66th minute to score. Léo Dubois was nudged down on the edge of the area, and a soft penalty was awarded. Depay stepped up again, and smashed it down the middle.

The hosts could have added yet more goals, but their finishing was rather poor, so the match ended 4-1.

Les Rouge et Noir saw most of the ball in the early stages, and got their noses in front in the 22nd minute. Raphinha ran down the right flank and squared a ball across the six-yard box, and it was tapped it in by Damien Le Tallec into his own net.

Things went from bad to worse for Montpellier in the 43rd minute as Florent Mollet was penalised for a high boot. He was initially shown a yellow card, but VAR found that he had hit the head of Faitout Maouassa, and therefore he was sent off.

However, both sides went down to 10 men in the 73rd minute, as Martin Terrier was sent off for an unsavoury tackle on Gaëtan Laborde after he had been dispossessed.

But, it took Rennes only four minutes to double their advantage. Eduardo Camavinga played a quick 1-2 with Faitout Maouassa, before dribbling his way into the box, and finishing across goal from the left-hand side.

In injury time, Laborde halved Rennes’ advantage by diving in to powerfully head Ambroise Oyongo’s cross into the top corner. It was a gerat goal, but not enough to rescue the match for Montpellier, as they lost 2-1.

The other match on Saturday saw Strasbourg come up against Nice.

After a very open 36 minutes, Kasper Dolberg nicked the ball off Lamine Koné, getting it to Eddy Sylvestre, who was brought down in the box by the defender. Dolberg stepped up, and smashed it in.

Both sides had chances thereafter, but it was Nice who doubled their lead. Dolberg got on the end of a deflected pass to go through on goal, and the Danish striker chipped the keeper to bag a brace.

The visitors saw the match out until the end, and came away with a 0-2 win.

The early kickoff on Sunday saw Reims and Lille battle it out with three crucial Europa League points on the line.

After an even start, Burak Yılmaz found Jonathan Bamba on the left, and the Frenchman cut inside to his right foot before beating the keeper from the edge of the box at the near post.

El Bilal Touré thought that he had equalised in the second half after he smashed Dereck Kutesa’s low cross in, but it was correctly ruled out for offside.

Lille had more attempts in the end, but they couldn’t add to their lead and held on to a 0-1 victory.

Saint-Étienne hosted Lorient for their first fixture of the season, where they were looking to win to start well and avoid a repeat of last season’s relegation battle.

They did just that, scoring in the 18th minute through Romain Hamouma. A quick counterattack instigated by Jessy Moulin’s throw saw Arnaud Nordin find the Frenchman on the right, and he cut inside before unleashing a belter into the top corner.

Five minutes into the second half, Hamouma calmly scored his second with a right-footed first-time finish into the bottom corner after Nordin found him on the edge of the box.

The hosts kept the visitors away from goal for the rest of the match, and deservedly came away 2-0 winners.

Metz and Monaco clashed in one of the many simultaneous fixtures on Sunday afternoon.

The principality side earned a free-kick on the right around the 20th minute. The delivery was headed down by a Metz defender in the box, but Benoît Badiashile was able to smash a thunderous volley into the top corner to give his side the lead.

Metz had a lot of chances to equalise, which got better after Youssouf Fofana saw a second yellow just one minute into the second half after a silly challenge on Victorien Angban.

Benjamin Lecomte made numerous saves to preserve his clean sheet, and his side held on to a narrow 0-1 victory.

Early league-leaders Nîmes travelled to Nantes with a chance to preserve their position at the summit of the Ligue 1 table.

But it was the hosts who took the lead in the 11th minute as Andrei Girotto thumped Marcus Coco’s corner home with a powerful header. 16 minutes later, they had a penalty after Fábio was brought down just inside the box by Loïck Landre. Imran Louza stepped up and slotted it home to make it 2-0.

A couple of minutes into half-time, though, a horrendous tackle by Louza saw him dismissed after a VAR review. 10 minutes later, Zinedine Ferhat halved the deficit with a brilliant long range effort which bounced in off the crossbar.

Nîmes tried their best to get an equaliser, and then came up against 9 men as Fábio was sent off for two separate bookable offences in the 87th minute. The visitors failed to score again though, and were defeated 2-1.

Angers and Bordeaux battled in the last of the simultaneous matches, which was set to be an exciting affair.

Bordeaux were the better side from the start, and scored in the 25th minute after Laurent Koscielny headed a corner across goal for Josh Maja, who tapped in. Two minutes later, they doubled it as Toma Bašić squeezed in between the centre-backs, and squirmed his effort past the keeper.

Bordeaux could have easily scored more goals in the second half, but Angers too came as close as the post to scoring. Some very good goalkeeping from Benoît Costil and poor finishing on Angers’ part meant that the visitors came away with a 0-2 triumph.

A Coronavirus-hit Marseille squad travelled to face Brest in a match that could well have been cancelled, but we’re glad that it wasn’t.

The visitors started off well, and scored in the 20th minute through the returning Florian Thauvin, who cut inside onto his left foot and scored with a deflected shot. The scorer then turned provider seven minutes later as he delivered a looping free-kick which was tapped in by Duje Ćaleta-Car. The goal was initially not given, but VAR overturned the decision and Marseille had a two-goal cushion.

That would be halved in stoppage time of the first half. Gaëtan Charbonnier delightfully set up Romain Faivre, who turned it in.

The second half was quite exciting too, but it took 35 minutes for the next goal to come. Thauvin, once again, took a great free-kick for Ćaleta-Car, who headed it into the net on this occasion. Charbonnier scored just before the last minute as Julien Faussurier squared a cross for him, but that would not be enough, as Marseille came away with a deserved 2-3 win.

That was all the action from Matchday 2. The teams will now go away for a week’s international break, before returning in mid-September for Matchday 3.