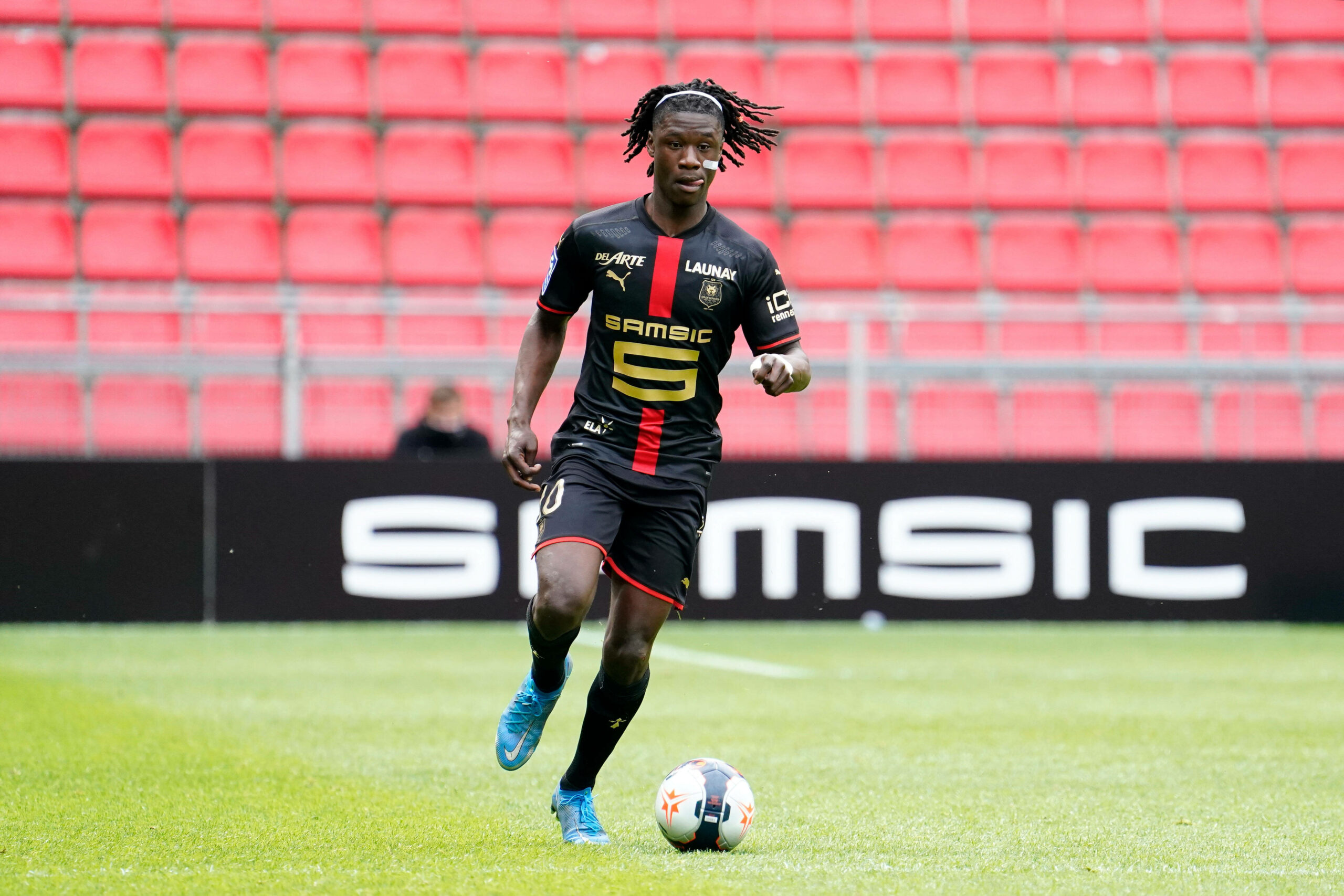 Eduardo Camavinga’s agent Jonathan Barnett insists his client has plenty of options to choose between in the summer as the youngster prepares to quit Rennes.

Widely considered as one of the hottest prospects in European football, the 18-year-old has been nothing short of outstanding since making his first-team breakthrough in April 2019.

Despite his tender age, the French midfielder has already amassed 80 senior appearances for Rennes en route to becoming one of the best players in Ligue 1.

Even though he scores and assists in spurts, his manager Julien Stephan judges the teenage sensation by his high-octane performances in the middle of the park and his ability to break the opposition’s play.

Camavinga is a tireless runner, good with the ball at his feet as he is at winning it back. His energetic presence in the midfield has made him a beating heart of Stephan’s side.

The Frenchman’s jaw-dropping displays at the Roazhon Park have not gone unnoticed.

Recent reports coming out of France have claimed the Gunners have made Camavinga their top priority heading into the summer transfer window.

With his contract at Rennes set to expire at the end of next season, the €50million-rated midfielder is likely to complete a big-money move in the upcoming transfer window.

Camavinga’s agent has now confirmed his client has ‘a lot of offers’ on the table but has yet to decide where he wants to go next.

“I mean top, top clubs. We don’t want to rush. There is the right time to move on and playing games is the most important thing at his age.

“Playing in a good club is nice for him. It might be this year, or he wants to have another year.

“He has got to talk to his family, his father. We will all sit down and decide. We will talk to Rennes as well and decide. There is no rush for him.”